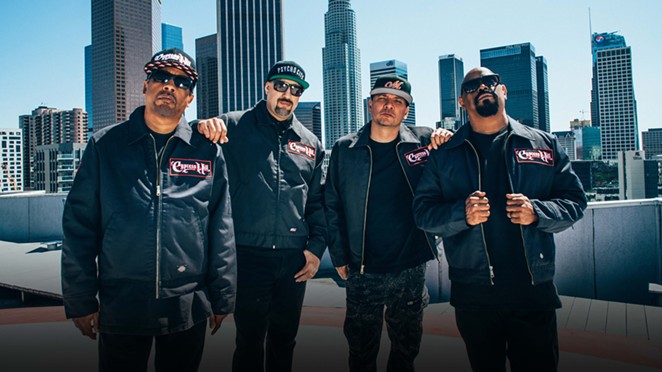 Cypress Hill, the rap group that united hip-hop and rock fans during the '90s over their shared love of the devil's lettuce, is headed to the San Antonio area on a new tour.

The long-running act known for tracks such as "Insane in the Brain" and "Hits from the Bong" will appear Sunday, August 8 at New Braunfels' Whitewater Amphitheater on a co-headlined tour with hip-hop duo Atmosphere. Z-Trip will open the show.

Cypress Hill dropped a new single, "Champion Sound," this spring, marking its first new release since 2018. Since the group is also celebrating its 30th anniversary, it's a safe bet concertgoers will be treated to deep cuts from its back catalog.

While Whitewater has hosted fellow smokers Willie Nelson and Kacey Musgraves, we can't vouch for how 420-friendliness of the venue, which typically books country acts. A little discretion may be in order — or maybe not. Hey, we're not the cops.

Tickets are on sale now.