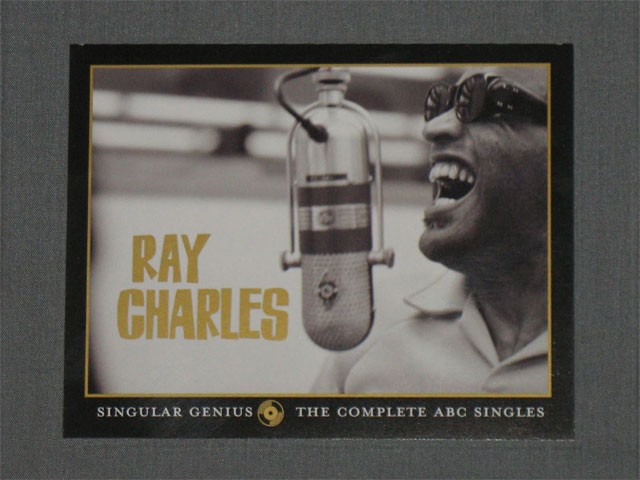 Even though his most influential and celebrated work was recorded for Atlantic a decade earlier, Ray Charles' tenure with ABC Records in the 1960s and early '70s yielded some terrific material, including the classic Modern Sounds in Country and Western Music. This five-disc box gathers all 53 singles, both A- and B-sides, from his dozen years at the label. There are plenty of hits here, including "Hit the Road Jack," "Georgia on My Mind," and "I Can't Stop Loving You." But you'll also find some buried gems from Charles' most prolific and experimental period (including some covers and soundtrack recordings, like The Louvin Brothers' "When I Stop Dreaming" and Hank Williams' "Take These Chains From My Heart"). Also present are live versions of "I've Got a Woman" and two versions of "Makin' Whoopee," as well as gloriously re-arranged Beatles' covers ("Yesterday," "Eleanor Rigby") and arguably the definitive version of Johnny Cash's "Ring of Fire." Playing around with jazz, soul, gospel, pop, and country, he refused to settle into just one groove on these 106 tracks, upending the very genres he was supposedly paying tribute to. Now that's genius.