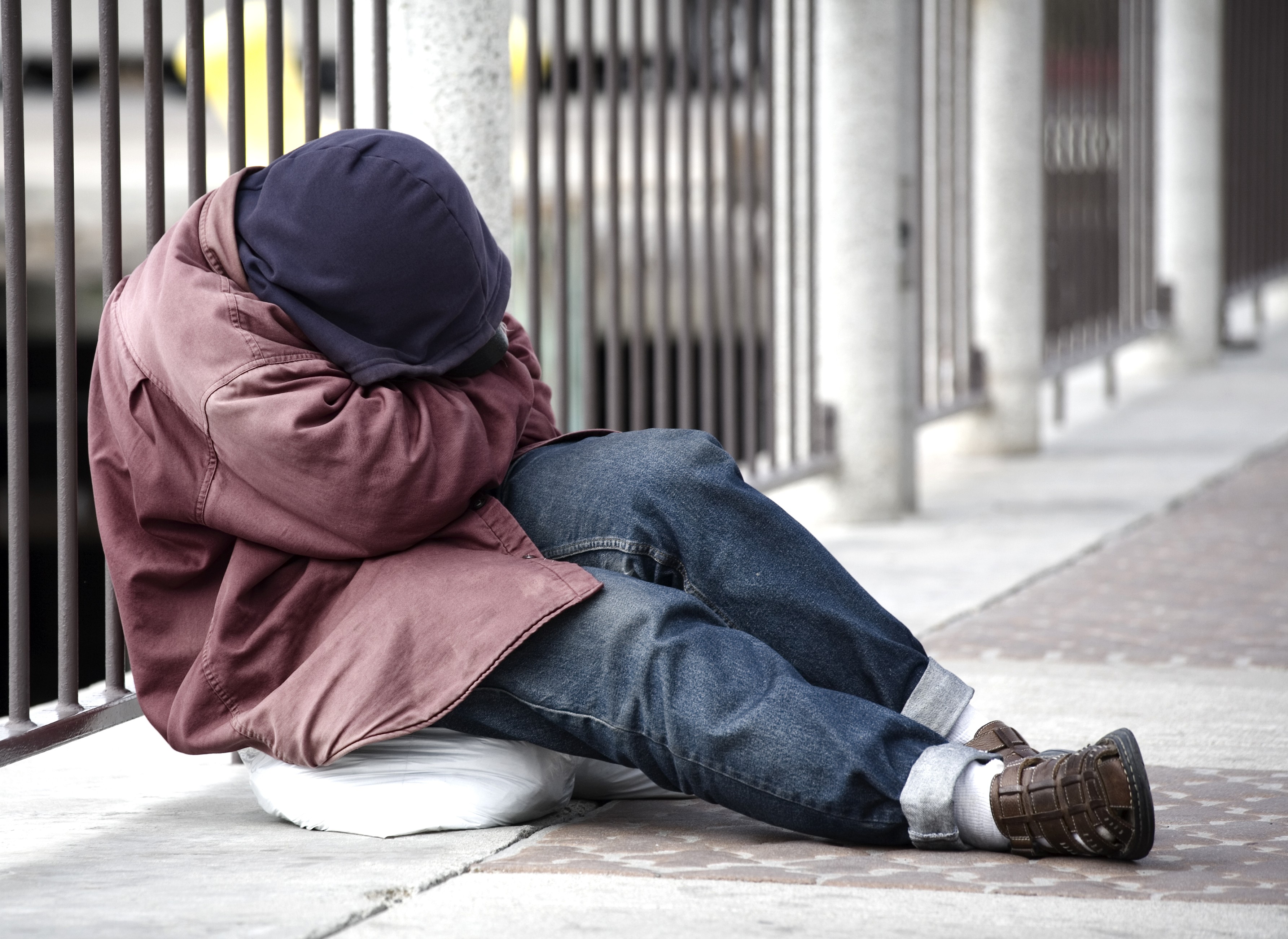 In an October investigation, the Current found that the SAPD issued more than 12,000 Class C misdemeanor citations between January 1, 2013 and early October of 2014 for violations of City laws aimed at discouraging the homeless and the poor from hanging around Downtown or asking for money or food from pedestrians and drivers. More than 5,000 citations were issued for behavior like panhandling and aggressive solicitation and more than 3,000 for nonviolent offenses that occur because a person is homeless, like camping or urinating and defecating in public. Data we obtained also showed that sometimes officers issue multiple tickets in one encounter, leading to steep fines that homeless individuals can't pay.

Officers say that citations and arrests are their only options to address both aggressive and nonaggressive violations Downtown, whether the person is a low-level con-artist, homeless and indigent, severely mentally ill and/or chemically dependent. The municipal court charged with handling these so-called "quality of life" cases can assign community service hours or issue a credit for time served for the hours individuals spent in the city detention facility, but then they are released to the streets.

Some trapped in this vicious cycle are not only homeless but suffering from severe, life-threatening drug or alcohol dependency. They repeatedly get caught up in a criminal justice system ill-equipped to address their addiction, and officials from both City and County entities agree something has to change.

"We are trying to come up with a different way to deal with the people that we deal with most frequently in the criminal justice system, folks who are addicted and mentally ill. We can't arrest away the problem, but we can't ignore it, obviously," said outgoing San Antonio Police Chief William McManus. "The system [writing Class C misdemeanors] is not designed to have any long-term effects."

The committee envisions an alternative process that would involve court-ordered detox and long-term rehabilitation with facilities that could house and treat homeless addicts who would otherwise refuse treatment.

Bexar County Associate Probate Judge Oscar Kazen, who handles mental health cases in county court, said the coalition specifically wants to reach those who are "so intoxicated or inebriated that they're endangering their lives," he told the Current. Texas law allows a judge to order treatment for someone who is so chemically dependent that the individual poses a danger to themselves or others.

The pilot program would give police officers the ability to pick up someone who is severely inebriated and committing a Class B or escalated Class C misdemeanor, like criminal trespassing or possession, through what's called "emergency detention." But it doesn't, and can't, stop there. The lynchpins are the diversion and treatment components, Kazen says. Instead of taking those individuals to jail, judges would issue a court order, committing them to a crisis center or treatment facility with periodic medical evaluations. Individuals diverted from jail and sent to treatment could stay for up to 90 days, Kazen explained.

The challenge, though, officials say, is funding, as well as where to send people once the order is issued.

Leon Evans, president and CEO at the Center for Health Care Services, said CHCS can add more than a dozen additional beds for individuals under court-ordered treatment, but he doesn't have the money for staffing, which he predicts would cost about $1 million.

"We have a facility, if we can find the funding, where we can set up an additional detox unit and work with the judge on commitments, where people can be committed to treatment and get help that way," Evans said. "You want to meet people where they are, and this just gives us another tool in our toolbox and reach out and help folks who are treatment-resistant and very ill."

Evans said funding would have to come from the Texas Legislature, which in 2013 appropriated an additional $332 million for mental health services. Legislators and advocates are pushing for more, though. In 2010, Texas ranked 49th among all states on per-capita mental health spending. Texas invests less than $40 per capita on such services, according to the Kaiser Family Foundation. Substance abuse is even more chronically underfunded, advocates say.

Mental health and substance abuse advocates approach the idea of involuntary treatment cautiously, pointing out that the condition of the facilities and the availability of additional services are also important.

"Providing access to treatment to people living with substance-use disorders who are also homeless and encouraging utilization of those services is desired," said Lynn Lasky Clark, CEO of Mental Health America of Texas. "Important questions for services include what options are there for effective services, with what oversight and level of transparency on outcomes? What supports will be available to individuals after treatment, such as housing and employment?"

Mike Lozito, of Bexar County Judicial Services, says the local coalition's plan is a way to reach chemically dependent and persistently homeless individuals on the front end. "This involves a civil matter where you're trying to take care of the issue with the person," he said. "You're giving them that opportunity right at the beginning with some sort of treatment action."

Haven for Hope, which opened its doors almost five years ago, thanks to the combined efforts of local businessman Bill Greehey and former Mayor Phil Hardberger and public and private dollars, provides both long- and short-term services for homeless individuals and those living with mental illness or substance abuse. The organization has also saved the City millions in jail and health care costs. But as the city grows and changes, Haven can't be, and isn't, the only solution.

Services at the Restoration Center, which include job training, benefit-eligibility assistance and counseling, are available to individuals who voluntarily seek them out and have gone through detox and recovery.

Prospects Courtyard, the large outdoor area on the 37-acre campus, is designed to give homeless individuals a more secure place to rest their heads, though the area is not without its problems. Data we obtained through an open records request show more than 150 incidents such as theft, harassment and assault were reported at the Courtyard or in the area this year, dissuading some individuals from sleeping there. Designed to accommodate up to 700 people, the number of individuals who stay overnight has been slightly lower.

The Courtyard is intended to be a doorway to Haven's longer-term services for those who want and can take advantage of them. But what about those with more chronic conditions that aren't ready for help yet?

Laura Calderon, director of external relations at Haven, told the Current that the organization plans to add additional services to Prospects Courtyard.

"The Courtyard was conceived as a place for people to come in to sleep, with the idea being that they would eventually transition over to the transformation campus, but it hasn't really worked out that way," Calderon said. "We're going to intentionally engage with those people that don't necessarily want help."

Though the numbers are difficult to track accurately, approximately 1,000 individuals who have visited the Courtyard have transitioned into Haven for Hope's longer-term, residential services in the last year, Calderon said. The upcoming changes, scheduled to unfold throughout the next year, will include an expansion of the medical clinic and changes to the physical environment.

"We've come to understand that people who come to the Courtyard don't choose homelessness, they're there because they've experienced some kind of trauma ... we're going to be enriching that environment with more services," she said.