Real estate site names San Antonio one of the 10 worst beer cities in the U.S. 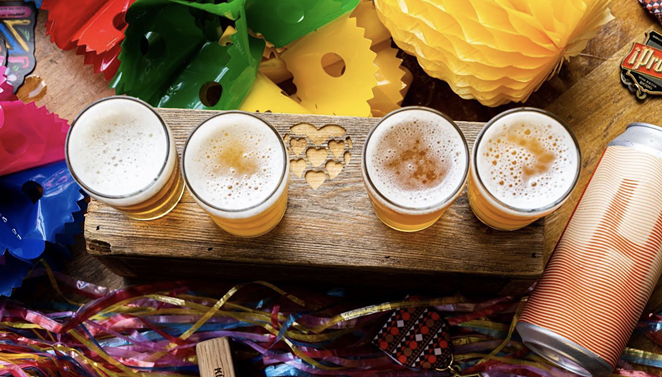 When we want to know which U.S. cities are best for beer, we're not exactly looking to real estate websites for answers. But that didn't stop Real Estate Witch from sharing a new survey on the subject — industry expertise be damned.

Last week, the home-buying site posted a blog called “We Found the Best Beer Cities in America,” that purported to rank 50 U.S. metros from best to worst when it comes to beer. The Alamo City was among the 10 that ranked lowest.

According to its methodology report, the site's researchers parsed "publicly available data" on the total number of breweries, beers per brewery, styles per brewery and breweries per 100 square miles of each metro to come up with the rankings.

What a load of shit.

That kind of number crunching doesn't reflect San Antonio's bevy of award-winning breweries and beers. Nor does it show that breweries here are community spirited, advocating for social justice education and activism and proactive suicide prevention and mental health awareness.

It also doesn't take into account how many SA-based breweries are riffing on puro local tastes by crafting creative beers including a sour made with Big Red syrup or a sweet, sour and spicy Piccadilly-inspired blonde ale with pickle juice, cherry Kool-Aid and chamoy.

Our brewpubs are also shaking things up with unique suds including an imperial IPA brewed with sake yeast as well as an ale that's believed to be the first aged in a natural cave in Texas.

As far as we’re concerned, the team behind Real Estate Witch should stick to housing data and leave the beer rankings to industry pros — or at least people who understand that numbers on a spreadsheet don't tell the whole story.