Recognizing Tejano History In Texas Is An Ongoing Effort 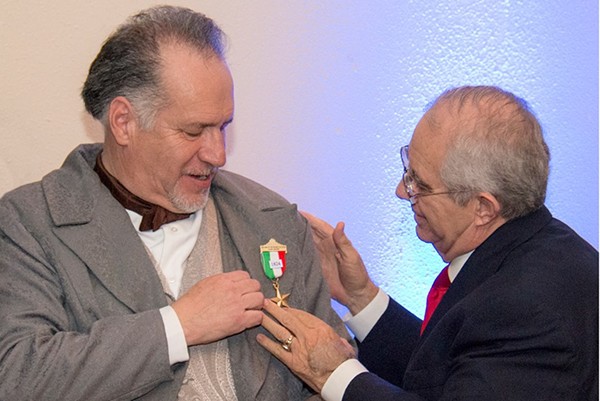 One of the great things about being a reporter is the response you receive after writing a story that resonates with people.

Such was the case with our story "Texas Slowly Making Strides to Recognize Tejano History."

After this story published, I received an email from Joe Arciniega.

Much like Sylvia Navarro Tillotson, who is related to José Antonio Navarro, a San Antonio native who signed the Texas Declaration of Independence and helped write the Texas Constitution, and Erika Arredondo-Haskins, executive director of the Hispanic Heritage Center of Texas, who has a relative who was mayor of San Antonio in the 1800s, Arciniega also became curious about his past.

He discovered that his great-great-great-great grandfather was Jose Miguel de Arciniega, San Antonio's mayor in 1830 and 1833 and one of Bastrop's founders. He says he is also related to Navarro.

"But until we started exploring why his name is today only represented by a short street downtown intersecting S. Alamo through St. Mary's, little else was known. And unlike Navarro, and other Tejanos at the time, he spoke many languages including English, French, and Indian dialects, so he was critical in several ways just by that skill alone," Arciniega wrote in an email. "Anyway, sorry for going on, but there it is, the frustration of generations of neglect towards this great Texas statesman."

In 2013, his family formally dedicated and placed a plaque in the courtyard of the Marriott Plaza, by the little house Jose Miguel de Arciniega and his father built.

"And then we applied and were just approved by the Texas Historical Commission for a Texas State Historical marker about him, which will be revealed in the front on the public side of that same house on Arciniega Street," he said.

That will happen in May.

But the fact remains, recognizing Tejano history in Texas is slow going and often times falls to the ancestors of those who came long before.

"The need for such discovery is great and growing greater still," he said.