Is America catching up? I don’t mean in education or manufacturing (clearly we are lagging). Nor do I mean in love for games that don’t allow the use of hands (like football's retarded older sister soccer). No, what I’m asking is with the repeal of "Don’t Ask, Don’t Tell." Has America finally begun to Calm the Fuck down about Fucking Down? Our attitude about sex have been very reserved ever since the Pilgrims left Europe’s swinging party scene in search of purple mountain majesties. (Yes, that’s EXACTLY as dirty as it sounds.) Men adorned in buckles and women sporting more layers than a P. Diddy birthday cake fought through harsh weather and violent waters to practice their religion free of persecution from wealthy, orgy-loving Aristocrats. (Imagine how awkward it must have been to be greeted by all those naked Indians.) 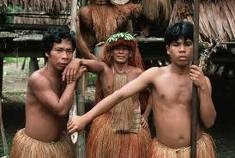 From the brothels of the Old West to the Victorian Age, America has wrestled with its sexual identity, never quite able to shake its Puritan roots. "We The People" would probably  still be banging our heads with false propriety had it not been for the 1960’s, when "Free Love" and the sitar ruined perfectly good rock songs. The sexual revolution challenged the public conscience and opened the bedroom door for all to examine. Who knows just how far we’d be now had someone not discovered cocaine in the 70’s and realized "Free Sex" was way easier to get than "Free Love." Europe, on the other hand, has always been able to see through our dirty little hypocrisies. Quietly laughing as we play the part of the pregnant prom queen pretending her child is immaculate. Watch the news and you’ll begin to understand. Gay marriage, Don’t Ask, Don’t Tell, teen pregnancy, oral sex trends in high school, political infidelities, and celebrity debaucheries weigh so heavily on our social conscience that I’m starting to think the Statue of Liberty is hiding  a justice-sized strap-on. ("I got your huddled masses, right here!") There's a subtle irony to all of this that I've yet been able to fully comprehend. America hates sex, but LOVES temptation. We’re all foreplay and no penetration. Look at any TV commercial, the formula for every marketing ad campaign has predominantly been: "If you buy (insert product here) you will have this (hot man/woman) ride your (gender specific area) because you make smart purchases." It works for toothpaste, soda, beer, and even abused animal commercials, depending on how erotic you find a weepy-eyed Sarah McLachlan.

We use sex to sell everything but sex itself. (You’re telling me Jimmy Johnson driving a race car is about erections, but the chick soaping up in the shower is really about coffee?) If at any point there was a commercial that showed any real penetration, erections, or lady nips, we would condemn that advertisement as pure obscenity. Mothers and fathers would storm the streets, demanding that our spiritual and political leaders protect the children from the very idea of procreating children. Don’t believe me? Just ask Brittany Spears. Female pop stars are on the front lines of America’s sexual bullshit. Remember when we loved Brittany? When she was this young, virginal, cock-tease roaming the school halls all fussy in the britches? The second she had sex she became a whore-pariah in every grocery store magazine. “Ewwwww Gross! You had children with your husband?! What a Fucking Slut! Boooo that Vagina! Good thing we have Hannah Montana. She’ll never fuck, right? Right?”

Instead of a plaque quoting the "New Colossus" on Liberty Island, maybe we should just bronze the Strip Club Rule "You can look, but don’t touch." (Also doubles as an Immigration Policy.) How can we continue to support titillation and condemn sex at the same time? Tease after tease after tease is affecting the mental judgment of this nation, leaving us so Red, White, and Blue-Balled that at some point I’m afraid we’re just going to collectively rape Canada. (Yeah I see you there Canada, lookin’ all sexy with your socialized medicine and maple syrup!)

Now I’m not saying Europe has it completely right. I’ve seen some German porn that proves they have more than the Holocaust to apologize for. In fact, maybe Europe has pushed too far. I saw a clip of a Polish man sticking his head halfway inside a vagina and I’ll be honest: not as hot as it is a perfect metaphor for U.S. interest in the Middle East. (Some things just don’t belong in the Fertile Crescent.) Regardless, it seems that sexual taboos are starting to relax in the public conscience. Today, I turned on the TV and saw a Louis CK special talking about nine guys dressed for sex walking into a giant vagina,  followed by a movie trailer featuring Natalie Portman and Ashton Kutcher deciding to fuck like crazy with no emotional connection. Ten years ago, at 2 p.m. in the afternoon, would this have happened? I think we’re starting to realize that sexual mores are as old as civilization itself and it's OK to have our cake and fuck it too. (Diabetes, the most delicious of STDs.) Who knows? With the recent repeal of "Don’t Ask, Don’t Tell" we may actually be closer to a day where you can bang men, women, and bakery items free of not only judgment but the curiosity as well. What I do know is that, as beautiful and truly free that day will be, I can only hope I’m not around to see it. Because after years of living in this country, Shame, Fear, and Regret are the only ways I can still cum.