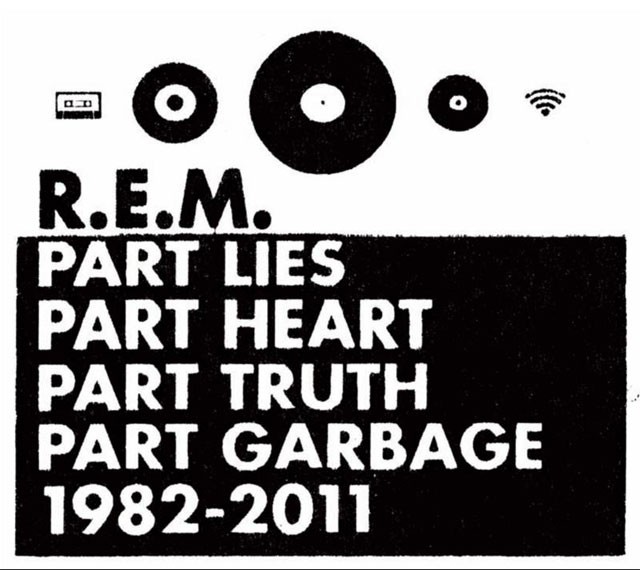 I'll never forgive Michael Stipe for once saying that the Beatles sounded like "elevator music" to his ears. What I will forgive him for is continuing R.E.M. even after drummer Bill Berry left in 1997. Although only Collapse Into Now (2011) achieved glorious status among the band's post-Berry output, even the weakest of the late albums were respectful to R.E.M.'s fabulous body of work. This compilation, the first for the band, is another classy way to say goodbye, with both hits and (great) obscure tracks from even pre-WB years. "We All Go Back To Where We Belong" (with two wonderful, minimalist black-and-white videos featuring actress Kirsten Dunst and artist/poet/activist John Giorno) is one of the three new songs in the compilation, offering an R.E.M. at its softest in a nice but uneventful ballad. The other two, the haunting "Hallelujah" and the guitar-driven but extra short "A Month of Saturdays" suggest R.E.M. had some more great tracks left in them. These songs were all recorded after the Collapse Into Now sessions, and they mark an impressive farewell for a band that never, for a second, stopped taking its music seriously.