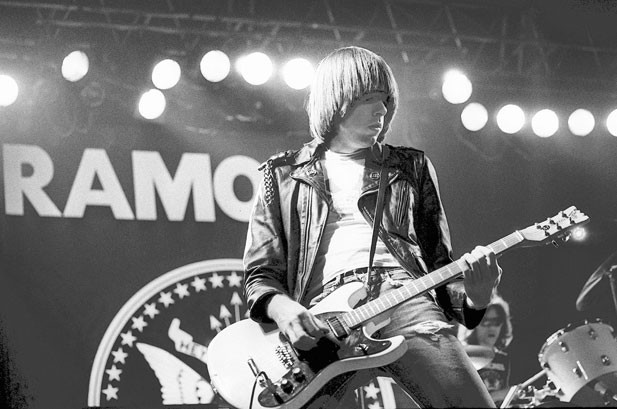 On September 15, 2004, Johnny Ramone died after battling cancer for five years. He was 55.

"God bless President Bush and God bless America," Johnny said at the Ramones' Rock and Roll Hall of Fame induction in 2002, reminding us of a curious fact: the guitarist of arguably the most influential punk band ever was a staunch conservative. But people should be judged by their most important quality, and Johnny's simple but fierce guitar style changed the history of music and its influence is still felt today. He was the de facto (and I mean DE FACTO) leader and soul of the Ramones and he always spoke his mind instead of choosing to please anyone—that's what made him an artist, and not merely an entertainer.

In the following videos we remember the life of a man that died on a day like today nine years ago, and the history of a band that will never die.

Go to the next page for Part 2 of the interview.

Go to the next page to see Eddie Vedder induct the Ramones to the Rock and Roll Hall of Fame in 2002, and the band's acceptance speech.

Finally, go to the next page to see the full Ramones story.