Whatever will Willie do? What will we all do? Originally scheduled to play the WhiteWater Amphitheater in New Braunfels over three glorious nights (April 15-17) with the one and only Merle Haggard – "the poet of the common man," the bard from behind bars – the online poster of the legends went down without warning. Mr. Haggard's name and famously crinkled visage was removed.

I reached out to his PR person. Silence. I was scheduled to interview Merle before his last stop in the area at Floore's Country Store last November. I had my questions, all of them impeccably researched and poignantly penetrating. "Does the inspiration to create stay as strong once your heroes are gone?" being my first. Hit him in the heart, I reckoned.

Of course it was going to be an honor and one of the highlights of my life to talk to the man born with not only the most country name of all time but the life experience and catalog of a true songwriting sage. Alas, Merle, I was told, wasn't feeling well and wanted to rest his voice. Of course I understood. I never would have dreamed I'd be able to talk with the poet who penned such heartbreakingly eloquent lines as "Twinkle, twinkle lucky star / Can you send me luck from where you are / Can you make a rainbow shine that far / Twinkle, twinkle lucky star" or "Sing me back home, with a song I used to hear / Make my old memories come alive / Sing me away and turn back the years / Sing me back home before I die."

I never did talk to the man.

Merle Haggard passed away on April 6, 2016, on his 79th birthday. His death still hasn't fully hit me, like most of his fans and admirers. I couldn't cry at work. Not that I wouldn't, I just couldn't. Life and its perpetual motion shuffled me forward: to a doctor's appointment, to get the kid from school, to H-E-B for a handful of groceries. All of the mundane nuances of everyday existence ushered me onward. 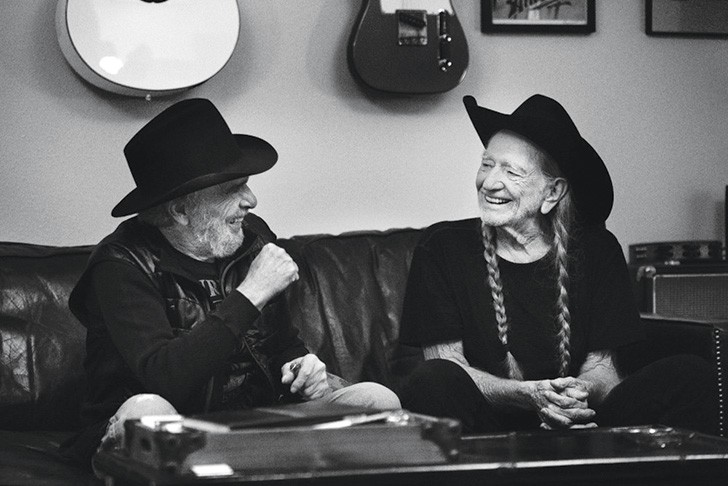 Until now. Now as I sit at the keyboard opining on a man whose art meant more to me than just about any other human being living or dead, now I miss the man I never knew.

So, I ask again. Whatever will Willie do? With his three-day series of concerts still scheduled at the New Braunfels venue, how will he conduct himself, his band and his show with the man, his running partner and one of the last outlaw country troubadours, a man who was supposed to be right at his side for the trinity of tour dates at the riverside venue, gone for good?

Surely there will be some sort of tribute. Songs will be sung. Tears cried. On his Sirius XM channel, Willie's Roadhouse, "Papa Bear," as he was affectionately referred to by daughter and DJ Paula Nelson, called in and stated in a mournful, raspy tone – nothing like the familiar drawl and humorous delivery of the redheaded stranger we are accustomed to – that Merle would want us to sing his songs and celebrate his legacy. That's a given.

Merle's death is just another reminder of the fragility and fickleness of life, the changing of the seasons. All of our heroes must eventually die. All of our influences must pass on before us. There's no escaping the eternal juggernaut of inertia that propels us ever forward along our mortal path. One of my heroes, and one of Willie Nelson's heroes, reached the end of that path.

So, does the flame of inspiration, the gut-blaze for the expression of shared opinions, feelings and sentiments still burn as bright and strong once the stoker of this soulful immolation has proceeded us into the void? I can no longer write in the albeit immature and delusional hopes that Merle Haggard will ever hear it, read it or be impressed by it. That's kids shit, anyway.

And maybe you couldn't give two fucks about Merle Ronald Haggard, or Willie Nelson for that matter. That's not a crime. But I do and, frankly, I've got the space to say it. So it's getting said.

So, again, whatever will Willie do? What will we do? What will I do when Willie's gone and I'm left with all you can't-write-your-way-out-of-a-paper-bag, half-ass, know-nothing "songwriters?" I guess I'll cry, drink, sing along and praise that eternal flame that flashes in all the best artists. And I'll know the answer to my question for Merle: Does the inspiration to create stay as strong once your heroes are gone?