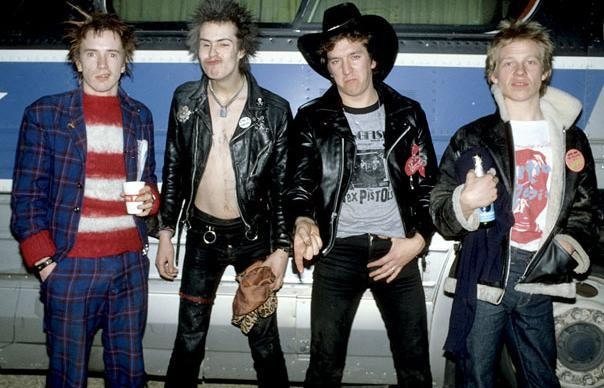 Dug up this week by Dangerous Minds, this gem of a video shows one of SA’s more memorable concert moments, when the Sex Pistols stopped in the Alamo City on a brief tour through the United States.


Booked at Randy’s Rodeo, a former bowling alley now known as Randy's Bingo and Ballroom, the iconic punk band played to a room of cowboys and western nightclub-goers with a few metalheads in the crowd on January 8, 1978, where Sid Vicious hit an audience member with his bass.


Said to be experiencing heroin withdrawal at the time of the show, “Gimme a fix” is written across Vicious’ chest, who was provoked and antagonized by a member of the crowd.


“I knew that he knew that I meant physical harm...he came out and hit us over the head with the bass," says an audience member who was kicked out of the show. "He was hitting us because I was going like this ‘Come on buddy’ and he kept going like this. And I would have been glad to take him on or his buddy Johnny. I came here to openly cause dissent against the Sex Pistols cause I believe negatively in what they’re doing.”


Johnny "Rotten" Lydon, however, remembers a much different experience that night. "I remember it being a wonderful gig and a brilliant relationship with an audience that had very little understanding of us," said Lydon in a 2012 interview with the Current. "And I remember the only people that misbehaved and didn't understand how great that gig was, was the British press who turned up just deliberately to write rubbish and create friction."