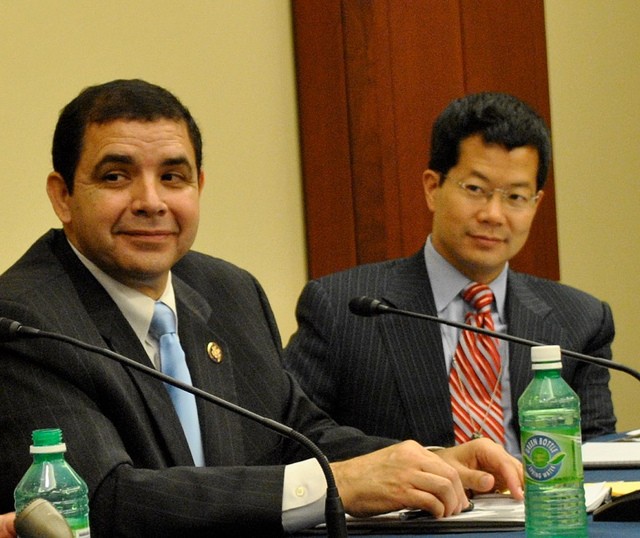 An earlier version of this post incorrectly stated that 35 of the new judges would be in Texas. The judges have not been placed. This error has been corrected.

Rep. Henry Cuellar, the San Antonio Democrat who sits on the powerful House Appropriations Committee, announced yesterday that he had helped secure funding for 55 new immigration judges and support staff to help adjudicate the backlog of immigration-related cases.

Immigration judges in border states haven’t been able to keep up with the influx of immigrants from Central and South America who have poured into the U.S. seeking asylum. Hundreds of thousands of cases are pending. The new judges will help alleviate that.

“Processing and adjudicating immigration cases is an important part of upholding our nation’s laws. The funding in this bill will help reduce the growing backlog of cases that are holding up our courts and compromising the rule of law,” Cuellar said in a news release.

The funding also comes with provisions for greater transparency at detention facilities. Due to concerns about “appropriate food, water, and medical care to families, as well as reports about inappropriate and demeaning treatment of detainees by contract guards at such facilities,” Cuellar directed Immigration and Customs Enforcement to provide regular updates on responses to detainee requests and oversight of detention staff training.

The updates will also include information about any families detained for longer than 30 days.