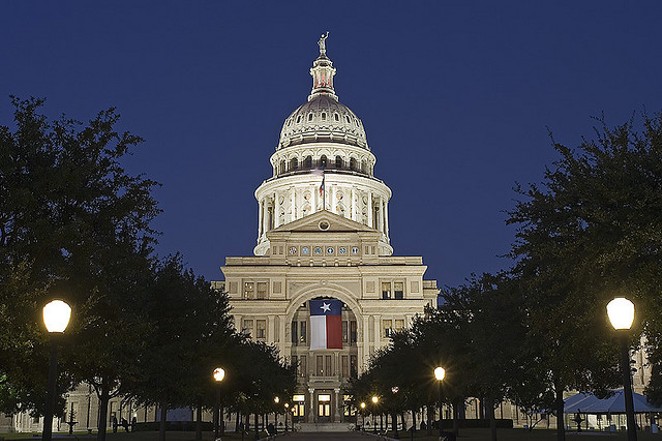 If you can believe it, a state whose longest-serving governor and current attorney general are both facing felony indictments scored poorly in an investigation on ethics and transparency in state government.

Who could have guessed?

Texas received a 'D-' grade in the 2015 State Integrity Investigation, a nationwide project conducted by the Center for Public Integrity, a nonprofit reporting watchdog.

The project measured each state's government transparency and ethical standards by assessing metrics such as internal auditing, executive accountability and lobbying disclosure. To form the rankings, the Center for Public Integrity interviewed and polled hundreds of experts and organizations which deal with state government. The center’s reporters then scored the results of those questions to come up with the rankings.

Texas came in as the 38th-worst state for transparency and accountability. But no state performed well — the highest grade was a ‘C.’

Texas received the third-lowest grade in public access to information and the sixth-lowest in lobbying disclosure and electoral oversight. The only category in which the state’s government scored well was the state budget process.

Cait Meisenheimer, a spokesperson for Gov. Greg Abbott, told the Center for Public Integrity that the governor would focus on efforts to “boost Texans' trust in state government and strengthen our state’s ethics laws in a meaningful way.”

“Governor Abbott believes Texans deserve better and that the State of Texas must further address ethics reform in the next session - the right way,” Meisenheimer said to the Center for Public Integrity.

Alaska, California and Connecticut topped the list as the only states to earn better than a ‘D’ grade. Delaware, Wyoming and Michigan fell to the bottom as three of the 11 states to receive and ‘F.’