Rest Over Rust: Spurs Big 3 to Rest This Weekend 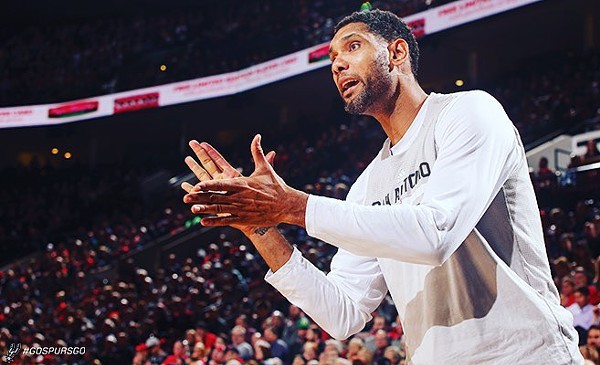 The Spurs announced today that Tim Duncan, Manu Ginobili and Tony Parker would all miss Saturday's match against the Oklahoma City Thunder.

The Big Three will join Patty Mills, Boris Diaw and Kawhi Leonard on the bench this weekend. Those players will miss the game against Memphis. Mills and Diaw are being held out to rest, while Leonard is nursing a leg bruise. Their status for the Oklahoma City matchup is unclear.

While the injury list for the Spurs may look concerning, it pales in comparison to the MASH unit in Memphis. Injuries have decimated the Grizzlies. Their three best players — Mike Conley, Zach Randolph and Marc Gasol — will miss the game. Gasol has been out since February with a foot injury, and is done for the year.

Spurs fans know that holding out key players late in the season — particularly against high-caliber opponents such as the Thunder — is a staple of the Gregg Popovich coaching menu. Expect to see plenty of playing time for reserve players, such as David West, Kyle Anderson, Jonathan Simmons and, if we're lucky, Boban Marjanovic.