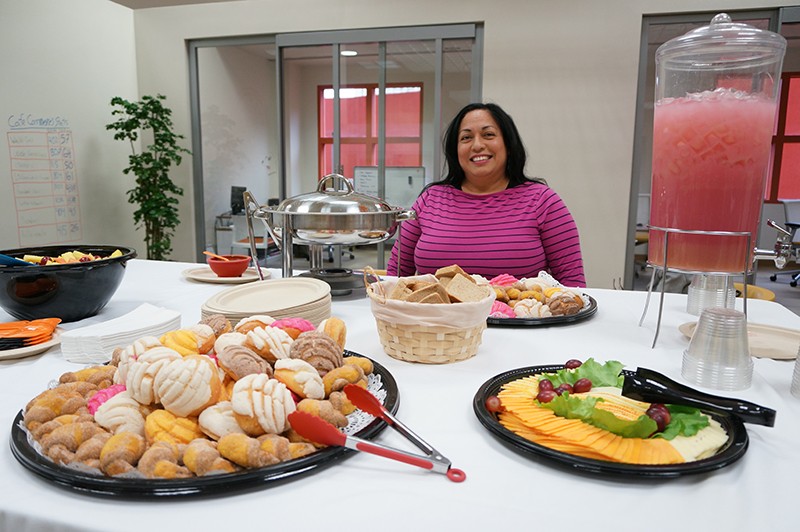 Sisters Silvia Alcaraz and Lupita Rivero had a tough decision to make last month. Barely a few months after opening Cocina Heritage, an interior Mexican breakfast and lunch joint specializing in pre-Columbian recipes passed down through generations, the pair learned that construction on Medina Street would continue much longer than originally expected.

"When I got the email saying the streets were being worked on for five more months, we were distraught," Alcaraz said of the construction crews that have lined Cocina Heritage's front door since they first moved into the space. "When they closed [the street for] the first time, they said it would only be for six weeks ... Then it became six months."

Even with an increase in new customers and fans visiting Cocina each month, it became clear to the sisters — they had to cut their losses and close up shop.

This painful process could likely have been avoided had Break Fast & Launch been in place last year. The grant-funded program is known as a culinary business accelerator that falls under the Café Commerce umbrella. The point is to provide resources needed to launch a new venture, enhance engagement and educate entrepreneurs on all levels of business tenets — at little to no cost to them.

Because one in five Café Commerce participants came from the culinary sector, President Peter French and Ryan Salts, current director of Break Fast & Launch, applied for a grant from the federal Small Business Administration. The BFL was funded, applications were accepted through the end of November 2014 and the first cohort began its three-month business crash course in January.

"It's not about the food per se, it's about the business," Salts said, alluding to a dose of real talk he's used throughout the course of the program: "Your grandmother can make the best cakes ever, and everyone might love them enough for you to want to go into business, but a) are they really that good and b) do you have the ability to do this on scale?"

In order to stop folks from getting lost in the emotional moment of signing a lease, taking out loans and later failing, Salts created a curriculum based on what he thought would be the most important aspects of owning a business: real estate, accounting, marketing, business plan. Then he'd bounce the curriculum around to culinary business leaders like Charlie Biedenharn and Chad Carey of Empty Stomach Restaurant Group, Jeret Peña of Brooklynite, Stay Golden and The Last Word and Jody and Steve Newman of The Friendly Spot.

"Everyone put [priorities] in order differently, even over the course of a conversation," French said, "but the best answer was Chad's, who said 'restaurant accelerator? Have them wash dishes for 12 hours.'"

Once the curriculum was set, choosing the right experimental cohort was in order.

The first — BFL is planning two more in 2015 — focused on restaurants and food trucks. The second will zero in on all things beverages from bubble tea to coffee shops to bars and the third will dive into food periodicals, food tech and apps and consumer product goods. Out of a pool of 16 applicants who filled out the 30-plus-question application, French and Salts whittled the group down to 10. From there, in-person interviews were conducted and five cohort members were chosen to reflect the diversity of the culinary field: Maxine Dickinson of 2TheMax Catering; Jesse Torres of Mezcalería Mixtli; Cariño Cortez of the Mi Tierra Cortezes; Hitish Nathani of Bombay Salsa Co.; Alcaraz and Rivero rounded out the group.

"The delineations we set at first totally blended once we picked the cohort," French said. "We wanted to pick a cohort that was diverse enough to help set up Break Fast and Launch with a mix of teams at different places, stages, goals and it certainly worked the teams have given very different views." 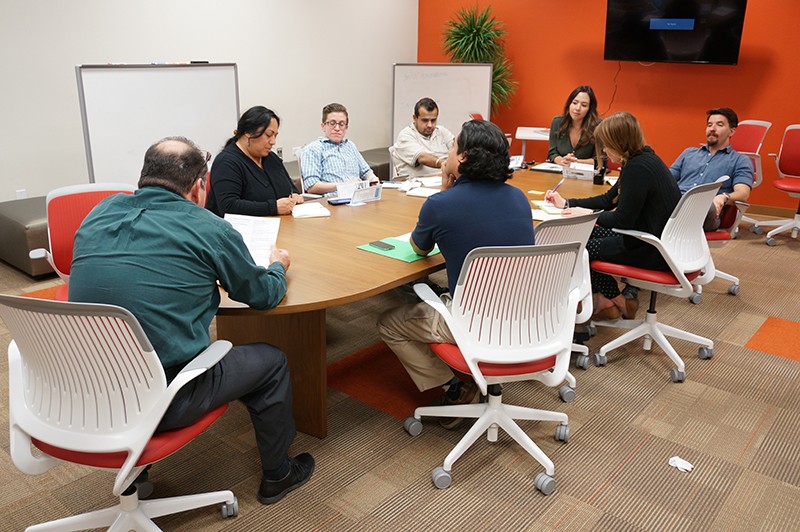 Meetings were set for Monday through Thursdays with assigned lessons for the week. Mondays included a visit by either a mentor or someone familiar with the topic at hand; Tuesdays were reserved for field trips to other shops such as Cruising Kitchens, C.H. Guenther's baking plant; Wednesdays were for 1 Million Cups presentations held at Café Commerce, where each team was asked to pitch ideas and given real-time feedback by community members and an entrepreneurial mindset course called "Who Owns the Ice House?" paid for by the Kauffman Foundation; Thursdays were workshop days for members to probe experts with in-depth questions in marketing, finance and accounting.

As Torres put its, Break Fast & Launch helped in more ways than one.

"I think it's been more about the people I've met and their experiences, all the way to top level executives at HBO and USAA to people who opened restaurants just like me," Torres says. "For us, it was knowing we were on the right path because they'd all been there before."

Aside form Cocina's concerns over their location, the sisters learned their target audience and why accounting is just as important. They've since decided to refocus their efforts on catering.

"In the course of this thing, they realized we need to change," French said. "They closed the doors intentionally, instead of accidentally, to recalibrate, get themselves back in order, launch their pop-up dinner series ... that was done with and intentionality that they didn't have coming into the program."

All told, the cohort spent 15-20 hours a week together, not counting mentor-driven homework, which included changing logos, prices and websites. All while running businesses and keeping full-time jobs. Take, for example, Dickinson, a 24-year-old St. Philips College student who will graduate in May with a Culinary Arts associate degree and another in restaurant management. Dickinson also works as a garde manger, or pantry supervisor, at Alamo Height's members-only Argyle Club.

During the interview process, Dickinson made a connection with fellow female businesswoman Newman, owner of The Friendly Spot, Tuk Tuk Tap Room and B & D Ice House.

"Maxine was confident, commanding and organized. I love female entrepreneurs and want to empower women in business in San Antonio," Newman said in an email interview.

Newman helped Dickinson learn how to get over her fears related to pricing knowledge ("I was basically winging it before then," Dickinson said), and when to put her foot down. "She helped me realize I had to know my business like the back of my hand, along with my message of who I am and what am I offering."

For Newman, sharing her expertise has been like reliving the early days of The Friendly Spot. But she agrees with French and Salts' initial definition of success for the accelerator to help them succeed, even if it means taking steps back, as was the case with Cocina Heritage.

"I want them to visualize, get as close to the entrepreneur risk as possible. The reward is easy to see but, the risk never crosses your mind," Newmain said. "You work your a** off, its thankless often and you spend and lose more money than you make in the beginning. We try to ground them so we can get to the reality of success."

She'll share that message with Salts during this year's South By South West in a presentation titled "Creating a New Accelerator for Culinary Business," along with Blake Yeager, managing director of Techstars Cloud, a mentorship-driven startup network, and Celina Peña, chief program officer for LiftFund, formerly known as Acción Texas, which helps fund Café Commerce. The panel, slated for 9:30 a.m. on Monday, March 16 at Driskill Hotel, will discuss the creation, operation and challenges of this new program.

"We're the first ever. They're the first to go through it, but nowhere else can you find a program like this based on scope," Salts said. "Our talk will focus on how to make this happen for food and other food businesses."

Applications for the next group, which will focus on all beverage-related ventures, are still being revised. But that phase of Break Fast and Launch's first year will launch later this spring.

Do you have what it takes?