Restaurant Week Gets a Facelift 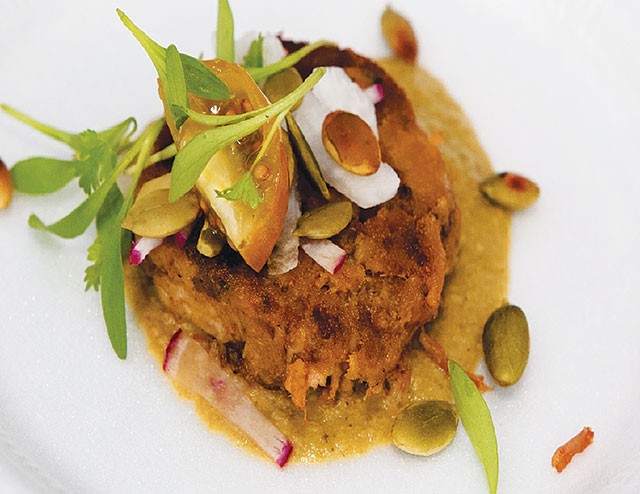 Since undergoing a rebranding four years ago, the nonprofit formerly known as the New World Wine & Food Festival has churned out several iterations of Restaurant Week aimed at giving would-be patrons a chance to eat at high-end restaurants they wouldn’t normally visit.

Along the line, the food and wine festival has added a slew of events including the annual Rambling Rose, Chefs & Cellars, a Chefs for Chefs Brunch which benefits a family in need and a 5K Wine and Beer Run.

Don’t forget the massive Culinaria Festival Week with nightly dinners, a food truck event, the Becker Luncheon, the tequila-town known as Best of Mexico, seminars, brunch at Casa Hernan and, of course, the Grand Tasting.

For 2013, President/CEO Suzanne Taranto Etheredge and her team are offering a bulked-up Restaurant Week that will feature new restaurants and debut a mobile element.

“We have more restaurants, we also have a better cross-section of the city so you can go to a ton of different places and really sample Restaurant Week,” Taranto Etheredge said.

Prix fixe menus are available for lunch and dinner at $15 and $35, respectively.

Most notable is the addition of food trucks to the Restaurant Week lineup.

“One of Culinaria’s main goals in the city is to always further the restaurant industry and really lift up all these local businesses,” Taranto Etheredge said. “Food trucks are our new friends. Why would they not want to be involved?”

Overwhelmed and ravenous from all this news? We get it. Here are some tips for surviving Restaurant Week:

Check out the menus: Most of the restaurants in the line-up will have submitted their menus to Culinaria’s website or have them posted to their Facebook and Twitter pages before the week starts. Study them, LSAT-style.

Visit new restaurants: This is kind of a ‘duh,’ but visit restaurants that aren’t in your usual rotation. This is literally what this week was created for.

Go during the week: Listen, it would be fine and dandy to head to these joints during the weekend, but don’t be silly. You’ll be battling regular weekend crowds and then some. Think ahead and plan for a mid-week culinary adventure. Go the extra step and make reservations, and be sure to mention you’ll be trying the prix fixe menus so restaurants can plan accordingly.