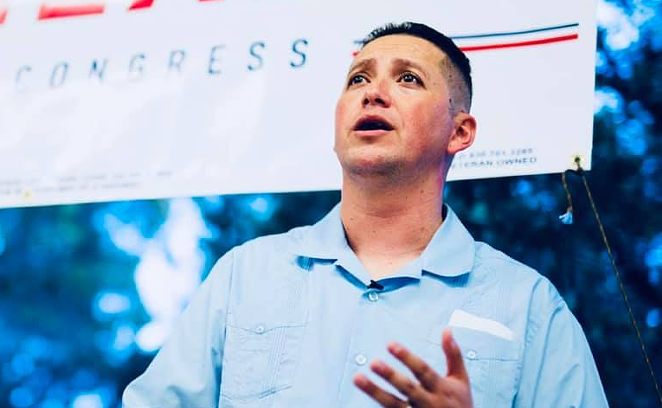 Retiring Republican U.S. Rep. Will Hurd has endorsed one of the nine GOP candidates now running to represent his battleground 23rd District.

This week, Hurd threw his support behind Tony Gonzales, saying the Navy vet has the best chance of keeping the sprawling district in Republican hands. In a statement, Hurd hit on a familiar theme he's drilled home in media appearances: that his party needs diversity.

“If the Republican Party does not look like Texas and resonate with all Texans, there won’t be a Republican Party in Texas,” Hurd said. “We need conservatives like Tony to take our message to all parts of the district to prevent the creep of socialism that we’ve seen in other parts of the country."

The district — which spans from San Antonio almost to El Paso — is one of six in the state that national Democrats have made a priority of flipping.

Democrat Gina Ortiz Jones is running again to represent the district after a 900-vote loss to Hurd in 2018. While Jones faces at least five primary challengers, she has a significant fundraising lead.