Return of Mac: Kayla McBride and the Stars Will Take on the LA Sparks this Friday

From the moment the basketball left the fingertips of the 5-year-old Kayla McBride, an inseparable bond had been born between McBride and the sport she would later call her profession. Since that day, basketball has been all McBride has known. The game has sent her on a winding journey from Erie, Pennsylvania to the University of Notre Dame and the Final Four to San Antonio and the WNBA. However, in the blink of an eye, the sport McBride held near and dear to her heart was taken away.


During a 2016 regular season matchup between the Minnesota Lynx and the San Antonio Stars, McBride landed awkwardly on her foot while attempting to contest a Maya Moore jump shot. A CT scan would only confirm her worst fear: a fractured foot that would sideline her for the remainder of the season. And just like that, McBride was torn away from her one love.

The ensuing months would test McBride’s mental and physical resolve. Six months in rehab, where there were no crowds, no buzzers and definitely no rush, said McBride, there was a lot of isolation. There was doubt. There was anger. When something is taken away, you find a way to keep going until you get it back.

Although spending time away from the game was painful, it gave McBride perspective. I knew my foot was going to heal. In that time, I was going to heal my heart. For the first time in my life, I had seen the bigger picture and remembered why I love this game so much, said McBride. 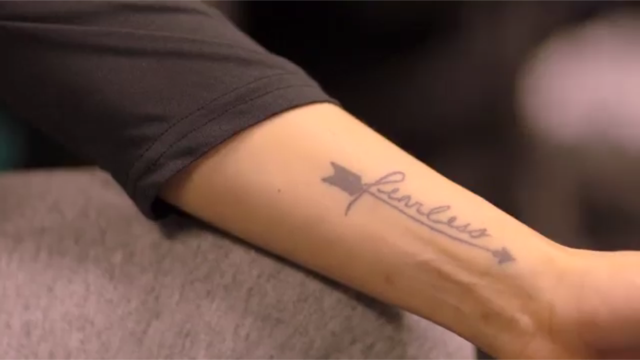 McBride likens her injury to the act of firing an arrow. I love arrows because they can only be shot forward and they can only be shot by pulling them back, said McBride. Initially, McBride feared that fans would not remember the player she used to be before her injury. Now, she hopes they will be proud of the player and the person she has become because of it. I had to lose the game that I loved to find comfort in playing it, said McBride.

After months of rehab, McBride was able to return to the court and recapture that rush she felt the first time she shot a basketball. McBride spent the offseason playing in Turkey and finished the season by winning the Turkish League championship in a dramatic five-game series. Just hours removed from celebrating the championship, McBride was airborne, making her return to the Alamo City. After 20 hours of traveling, a few hours of sleep and team physicals, McBride donned her black and silver jersey for the Stars’ 2017 season opener, her first time since her injury.

McBride understands no journey is without roadblocks but now she knows she has the willpower to overcome those obstacles to become a stronger individual. When your feet fail you, pick yourself up. Come back stronger. You’re an arrow, always moving forward. So aim for the stars, said McBride.

McBride and the Stars will take on the Los Angeles Sparks at 7 p.m. Friday at the AT&T Center. Friday is also Dollar Drink Night presented by Bud Light and the San Antonio Current.

Domestic beer and soda is $1 all night, along with discounted appetizers at a pregame happy hour at Rock & Brews. Browse tickets here.