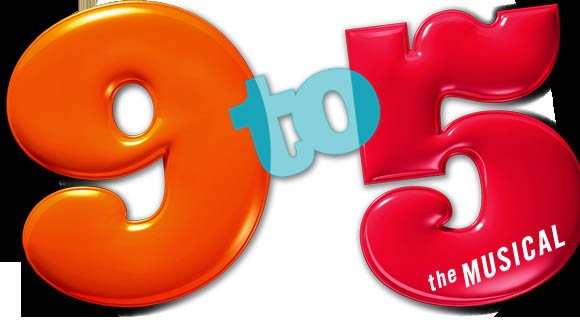 It’s rare for a nationally touring musical to feature a production that differs significantly from the Broadway incarnation; after all, it’s on the basis of a (usually healthy) Broadway run that a tour gets a green light at all. So it’s both an opportunity (and, to be frank, a curiosity) that San Antonians can now see what Broadway audiences never could: the newly revised version of Dolly Parton’s 9 to 5: The Musical, which originally eked out a four-month run in Manhattan in 2009. With a new director/choreographer at the helm—the talented Jeff Calhoun—and with a spiffy, retro design by Kenneth Foy, producers must feel that 9 to 5 (a musicalization of the film) is finally getting the production it deserves.

Unfortunately, the difficulties with 9 to 5 run deeper than any director-choreographer can easily fix (though in published interviews, Calhoun has admitted to a great deal of slicing-and-dicing since the Broadway run). The problem is that neither composer-lyricist Dolly Parton nor book writer Patricia Resnick seem particularly comfortable with writing for the theater: the qualities that make for a compelling country western song, or for an admirable screenplay, aren’t necessarily those that make for a successful score or libretto. For instance, Act I’s static, semi-autobiographical “Backwoods Barbie” is a showstopper in both senses; on its own, it’s a fine song, but it’s not dynamic enough for the plot. And while Resnick has crafted a generally efficient book, too many of the individual scenes (particularly in the first act) feel worn, as if the writer were recycling gags from such old-fashioned office musicals as Promises, Promises or The Pajama Game.

Which is a shame, because 9 to 5, as a plot, actually has greater potential (and greater interest) than many of the musicals on Broadway today: it follows the tribulations of three mistreated office women (not “girls”) who finally rebel against their bigoted, loutish, porcine boss, Franklin Hart, Jr. (here played with appropriate villainy by Joseph Mahowald—indeed, I kept waiting for him to twirl his impressive ’70s ’stache). The fun of the story is that what starts as a revenge fantasy (in a marvelous marijuana-induced dream sequence by Calhoun) morphs into a revenge reality, as subconscious impulses launch the story into new and unexpected directions. (In fact, they eventually launch Hart, Jr. about six feet in the air.) And this particular production features a powerhouse trio of lead actresses: Dee Hoty (who, I think, can do no wrong); American Idol alum Diana DeGarmo (clearly a legitimate theater actress, with an amazing set of pipes); and Mamie Parris, one of the new class of women—er, womyn—compelled to work nine-to-five. (It’s worth mentioning that officemate Kristine Zbornik nearly steals the first act with a risqué ode to misguided amour: “Heart to Hart.”)

Calhoun labors mightily to show off these actresses to best advantage: the second act’s “One of the Boys” gives Hoty a chance to strut her stuff in a delightfully choreographed homage to 30’s movie musicals, complete with gender-bending tuxes and an art deco vibe. But Calhoun’s production numbers—entertaining as they are—can’t disguise Parton’s generally undistinguished lyrics and the book’s structural flaws, particularly the rushed and almost nonsensical ending. (For the record, Parton’s Tony-nominated score is just fine—I just wish she’d enlisted the help of a more experienced lyricist.) The result is breezy entertainment that while exploring a still-relevant social ill—the sexist and unjust treatment of women in the workplace—feels less than the sum of its parts. And it’s an indication of the producers’ continued nervousness that the evening is book-ended not by an overture or other theatrical gesture, but by (egads) a video projection of a bright and ebullient Dolly, serving up plot points and a coda. What the producers are selling, then, isn’t 9 to 5, per se, but warm-and-fuzzy memories of Dolly Parton (memories which I happen to share). I just wish that the musical were as memorable as Dolly herself.