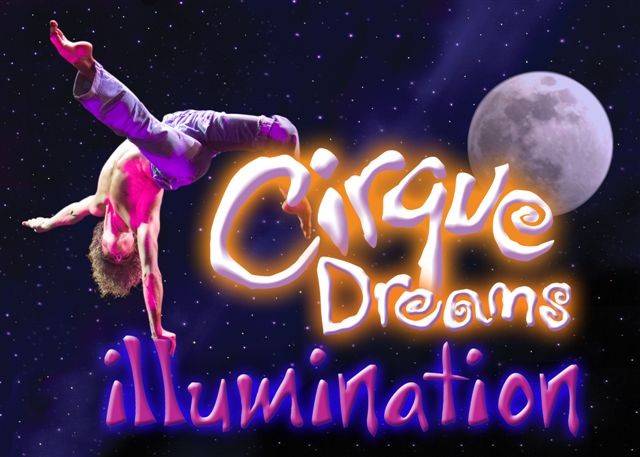 Let’s cut to the chase: Cirque Dreams Illumination is far more entertaining than it has any right to be. Even the granddaddy of all Cirques—the world-famous Cirque du Soleil—discovered this year the fickleness of the market, with a short-lived (and terribly titled) “Banana Shpeel” closing early in Manhattan. With a number of other variations already in production—including Cirque Dreams Jungle Fantasy and Cirque Dreams Holidaze—what could the Florida-based Illumination bring to the table that other Cirques haven’t?

As it turns out, a great deal—and one of the strengths of the evening is that even familiar acts feel somehow fresh and original. It helps that Neil Goldberg—the evening’s director and creator—takes the “Dreams” part of Cirque Dreams very seriously: it’s definitely an oneiric production, largely built around a downed power wire on an urban street, and hellzapoppin’ with all sorts of whimsical costumes and props. (I was compelled to blink twice, for instance, at a dancing trio of bright orange construction cones.) Besides the sheer weirdness of the set and choreography, there are plenty of innovative circus acts, peopled by a truly international cast of tumblers, clowns, and acrobats. (And who knew there was a Mongolian State School of Contortion? Just imagine the quizzes.)

Clearly, the folks at Cirque Dreams have also realized there’s a glut of cirques on the market, and have cannily crafted a show that emphasizes novelty. Sometimes, the marketing seems like special pleading: Andrey Moraru’s chair-climbing act—in which he balances himself precariously on level after level of interlocking chairs—makes him, at 6 foot 2 inches, the world’s “tallest hand balancer” (or so says his bio). Hmmm: not exactly the language of P.T. Barnum. Other acts are truly innovative: I was blown away by the husband-and-wife team of Igor Berstov and Elena Berestova, whose “perch balancing” act is beautiful and wacko all at once: Berestova plants herself on a variety of whirling gizmos attached to Berstov’s skull. Eugeny Vasilenko reinvents wire-walking—a wonderful act—while Andrey Averyushkin dazzles with a combination of juggling and percussion, including nine simultaneous balls. (This begs for a joke, but I resist.)

Regular Current readers know that I loathe audience participation—honestly, I’d rather watch a flea circus—but clown Martin Lamberti actually makes that particular segment fly. (It helps that it’s basically meta-theater.) And while there’s nothing especially memorable about Jill Winters’ music and lyrics, at least they provide an energetic background to the visual feast. (Onyie Nwachuksu rocks out on the vocals.)

So: I was rather expecting a retread of every other cirque I’ve seen (ten or twelve by now, I figure), but was pleasantly surprised by Cirque’s commitment to reinventing the genre. There’s a fire and a drive at work here: I give it two (highly contorted) thumbs up.