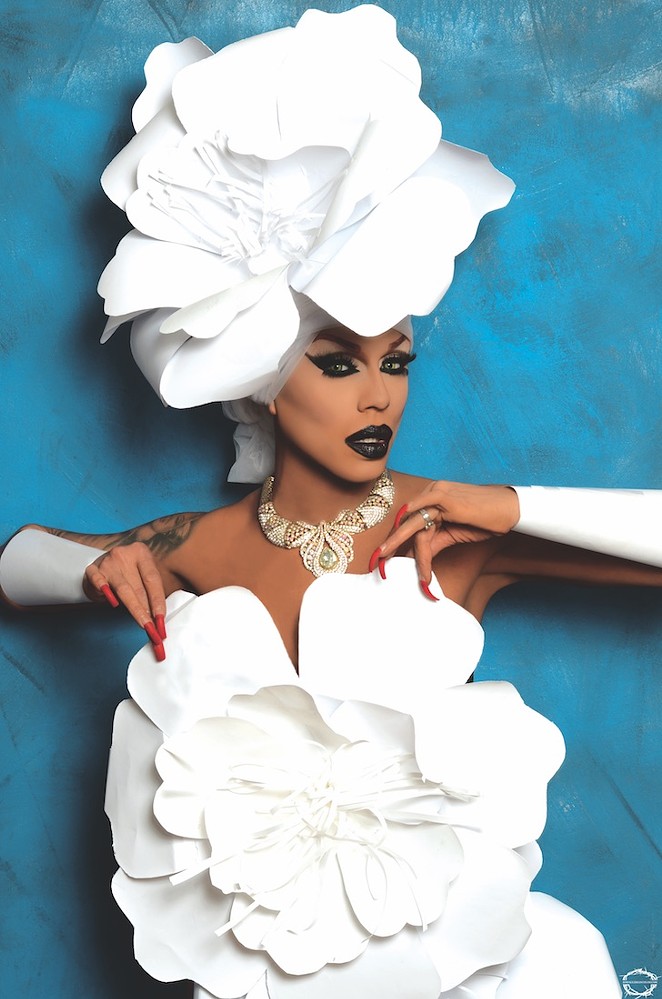 With their 2012 club favorite “Let’s Have a Kiki” and its accompanying instructional video (allegedly filmed at the Kiki Institute of Mental Instability), the playful pop band Scissor Sisters explained, “A kiki is a party, for calming all your nerves / We’re spilling tea, and dishing just desserts one may deserve / And though the sun is rising, few may choose to leave / So shade that lid and we’ll all bid adieu to your ennui.”

Channeling such an intimate yet fabulous extravaganza, Pride Center San Antonio’s New Year’s Eve Kiki is set to ring in 2017 with live entertainment from Puerto Rican drag star Yara Sofia. Born Gabriel Burgos Ortiz, Sofia took to the small screen on the third season of RuPaul’s Drag Race, charming fans with her thick accent and broken English, eventually earning the title of Miss Congeniality and returning to the spotlight on the first season of RuPaul’s Drag Race: All Stars. Besides the catch phrase “Echa pa’lante,” the leggy brunette is known for her avant-garde fashion choices, exotic contact lenses and otherworldly makeup concepts. Hosted on the 22nd floor of the Hilton Palacio Del Rio, the second annual benefit treats guests to panoramic views of the Hemisfair fireworks, danceable DJ beats, “glittery party favors,” hors d’oeuvres and a champagne toast at midnight. As the song commands: “Fire up the smoke machine and put on your heels.”