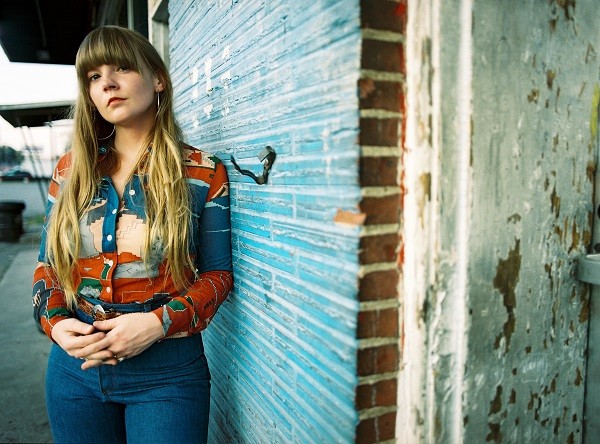 For someone that’s only 28 years old, singer-songwriter Courtney Marie Andrews has put in work — as a writer, as (my god what) a singer and as a musical force. She has put in work... and it shows.

The talented, young alt-country artist put out her first (self-released and now impossible to find) efforts in the late aughts, when she was still in her teens.

She released her proper debut No One's Slate is Clean in 2010 and has since put out three albums of increasing quality, individuality and ambition, culminating with her breakout album Honest Life (2016) and her opus-to-date May Your Kindness Remain (2018), for which she won International Artist of the Year at the UK Americana Awards.

Andrews told the Current that it all started when she formed a feminist punk band at age 14, back in her hometown of Phoenix. Long interested in music and in poetry, "[she] got really excited when [she] realized for the first time that [she] could do both at once."

She realized she was better and/or braver at songwriting than her peers when she was the only band member bringing back original songs to try out. Not too many years after that, when the would-be punk band dissolved, Andrews booked her first little tour on MySpace. She started sharing her songs in earnest and "sleeping in a lot of tents and on a lot of floors."

As she worked hard to hone her musicianship, singing and songwriting, she drifted into a few stints as a backing singer/musician for several touring acts (including, rather preposterously, Jimmy Eat World).

At some point during the writing of Honest Life, a heartbroken and intensely personal album, Andrews says she "finally got to a point where [she] started to really understand songs."

But, Kindness shows that her understanding is only continuing to grow. Whereas Honest Life is a very inward-looking album, Kindness looks out at the world and tells stories that depart from the personal.

"I really needed those songs at that time, they were like my lifelines," she said of Honest Life's tracks. She noted that, as such, the making of that album "really deepened [her] connection to songwriting."

Of Kindness' and its comparative universality, Andrews said that it resulted in part from her "trying not to lose [her] sanity to write a song."

"I went in to that one looking to experiment more with other people's stories and I took a more thematic approach sonically and lyrically."

On songs like "Border," the (absolutely devastating) title track, and others, her success in bringing the stories of others to artistic fruition is easily apparent.

One of the most refreshing things about Andrews is how her laid back nature belies both the emotional intensity of her sound and the perceptive precision of the penetrating social insights in her writing.

Andrews isn't feeling much pressure, however, from the attention she has garnered as a result of Kindness' success.

"Thinking about my successes is useless on the journey," she said. "Any recognition is just a bonus."

Continuing, she noted that in her estimation "if you're able to make anyone feel anything with your songs then you've done good work."

Her goals are simple, her powers are ever-sharpening and her head is on so straight it's almost boring — but her powerful music sure isn't.

"I just want to write the best songs I can," she shrugged when asked about where she's headed from here.