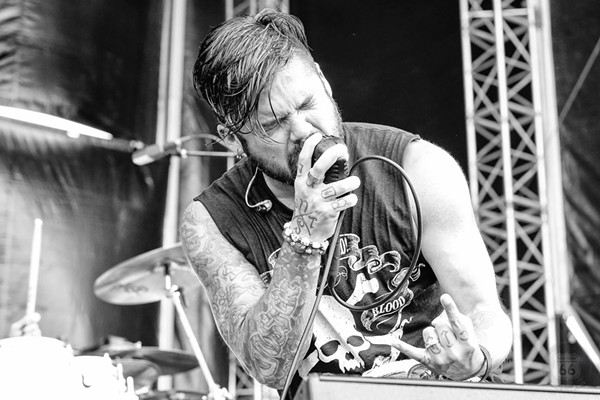 San Antonio's annual Bud Light-sponsored rock fest has announced this year's lineup. Held on the AT&T Center grounds every year, the River City Rockfest supplies much of the city with their yearly head-banging, devil horns-flashing fix, bringing huge names in the modern rock game to a city that has been known to kick out a jam. This year will be no exception.

Tickets for the event, which is to be held May 29 from noon to 11pm, are priced at $39.50 to $229.50 (for the premium hospitality package which includes exclusive access to the Premium Hospitality Lounge; complimentary, private parking; 10 free drinks; free lunch, dinner and water; private restrooms; charging stations for phones; a live feed of the main stage on HDTVs, an exclusive T-shirt and poster, a private photo area and a commemorative, laminated River City Rockfest credential).

Tickets can be obtained at the AT&T box office starting at 10am the day of the festival or pre-sale through ticketmaster.com, beginning on Tuesday, February 9.

Below is this year's hard-hitting lineup.