A road in Round Rock collapsed last Thursday morning, revealing a 22-foot-deep cave, according to a Facebook post.

Residents in the area told KXAN that they thought they heard thunder in the early morning hours. They discovered that the water was out and alerted the Brushy Creek Municipal Utility District, who then learned that the street, also the ceiling of a cave, collapsed, according to KXAN.

Williamson County officials told the news station that the ceiling, where the utility lines were installed, was thinner. Officials also said they're not sure whether the placement of the lines caused the collapse or not. 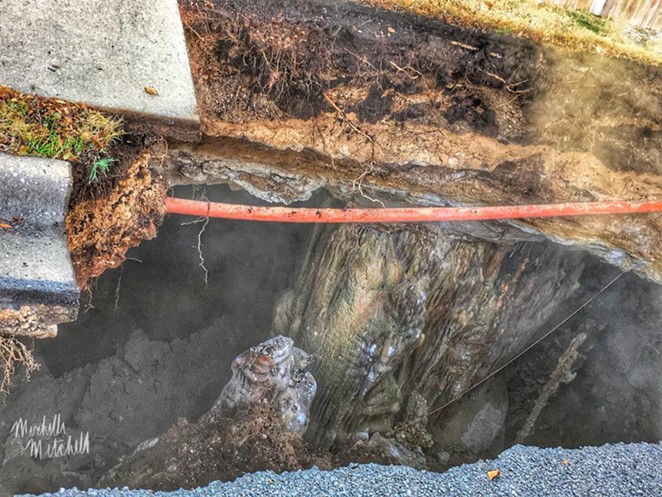 Mike Petter, a manager at BCMUD, told KXAN that the district often comes across caves, but said this one stands out for its size, location and spontaneous collapse. An initial review by the utility district revealed that the cave is between 40-50 feet wide and 170 feet long.

According to KXAN, the cave has since been closed to avoid accidents. Petter said the road will be closed for a few weeks.