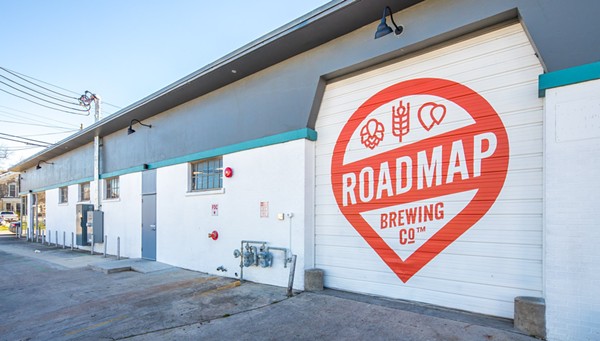 Downtown’s Roadmap Brewing Co. has joined other Alamo City craft brewers in reopening to customers, albeit with new safety measures in place.

"THE TAPROOM WILL RE-OPEN TODAY!!! (JUNE 3rd)... BUT things will be a little different…” Roadmap announced in an early morning Facebook post.

What will be different? For one, the brewery will operate at 25% capacity under state-mandated limitations and prohibit groups of more than six from sitting together. It's also moved tables further apart, stopped accepting cash payments and will add an automatic 18% gratuity to all tabs to avoid passing electronic tablets between staff and guests.

What's more, the brewery won't be able to offer its yard games or access to food trucks. However, the operators “encourage you to bring your own food and games to recreate the 'good ole days,’” according to their Facebook post.

Other local hophead hotspots including Ranger Creek Brewing and Distilling, Dos Sirenos, Cactusland Brewing, Back Unturned and both Freetail Brewing Co. locations have reopened with similar limitations in place.