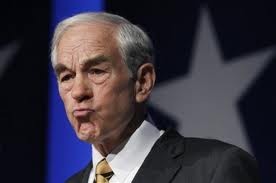 When not being mistaken as the ghost of Henry Gibson, Ron Paul is found deep in the race for president. And while many have speculated on his possible racist history, but not much has been made of his apparent disapproval of the homosexual community. Politically, the congressman has remained neutral on the issue of gay marriage, saying it’s an issue for the individual states to decide, but his personal beliefs are opposed to the LGBT lifestyle. Some of his campaign staff have fled due to his opinions. All of which makes the findings of a recent study all the more surprising: Strong evidence suggests that Ron Paul himself  may be turning young men into homosexuals. “It starts with watching a few YouTube clips,” says study conductor Mitch Ryan. “Then maybe you start posting them on your Twitter or Facebook. But then it doesn’t stop. Your whole life is consumed with letting the world know his message and then finally you become full-blown gay for Ron Paul.” The study also shows that it’s usually people with no interest or knowledge of the political process who are the most susceptible to becoming "Paulsexuals." Usually young white men with a history of pot smoking and listening to Mars Volta are the most susceptible, who after pursuing Paul politics suddenly find the only way they can achieve an erection is through defending Ron Paul — especially to people who didn't even bring the subject up. “The study is an important first step in identifying those afflicted before the eventual letdown of Ron Paul not being elected president,” continued Ryan. “What we don’t want is a repeat of all the Ralph Nadersexuals from the last decade, who themselves never fully recovered and either died of dysentery or invested in those stupid running shoes with the individual toes.”