'Room 237': 'The Shining' and how Kubrick and Hitler killed the Indians 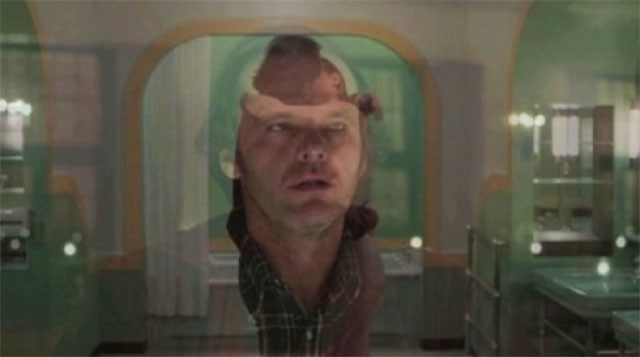 Stanley Kubrick was an obsessive filmmaker, infamous for his endless takes, rigorously composed images and meticulous attention to detail. But while the subject matter of his movies varied wildly (this is the man who made Dr. Strangelove, A Clockwork Orange and Full Metal Jacket, after all), his method and style remained eerily consistent.

It makes a twisted sort of sense that the celebrated director's films would attract similarly obsessive fans, would-be detectives who sift through every frame of his work to unlock the cinematic secrets that we less-dedicated viewers have foolishly missed. For these folks, Kubrick's 1980 horror masterpiece The Shining is The DaVinci Code, a complicated work of art where every nuance and continuity error is an Easter egg of proof that their pet crackpot theory is true.

Filmmaker Rodney Ascher has assembled a quintet of film — okay, I'll be generous — “theorists” who believe that Kubrick's big screen adaptation of Stephen King's The Shining is densely packed with hidden symbols, puzzles, themes and confessions that eclipse the novel's genre trappings. Though none of these “experts” are actually seen in the documentary (a perplexing and ill-advised choice by Ascher), they each provide a running commentary for their cinematic doctrines, explaining to us what The Shining is really about. Think of it as a big-screen podcast for cine-nerds.

For ABC News correspondent Bill Blakemore, probably the most credible of the kooks, Kubrick’s The Shining is an elaborate metaphor for the genocide of Native Americans, with Jack Nicholson standing in for a white patriarchal society driven mad by the loss of its power in an increasingly multicultural nation. It's nonsense, of course, but Blakemore would probably earn a respectable grade in a freshman semiotics class. Albion College professor Geoffrey Cocks also sees genocidal themes in Kubrick's scarefest, but more of the Nazi persuasion. While his chuckle-inducing assertions that the movie is an artistic reaction to Hitler's Final Solution are flimsy at best, his passion is anything but. So too is playwright Juli Kearns' claim that the movie is a funhouse expression of architectural and spatial puzzles. Though it's doubtful Kubrick made the film as an expression of his artistic bankruptcy (Kearn professes that he was admitting that, after Barry Lyndon, he had nothing left to say as a filmmaker), her observations are a fascinating rabbit hole of meta commentary and symbolism. Musician John Fell Ryan takes that self-referential hall of mirrors to a whole new level as he superimposes The Shining over itself, running it both forward and backward to reveal meaningful synchronicities. The result is akin to watching The Wizard of Oz over Pink Floyd's The Dark Side Of The Moon. You'll witness plenty of weird connections if you look hard enough, but believing any were intentional requires a special kind of delusional thinking.

The award for rapturous lunacy, however, goes to Jay Weidner, who professes with no uncertainty that The Shining is Kubrick's code-filled confession that he helped to fake the Apollo 11 moon landing. It's here that Ascher's movie begins to feel like one of Christopher Guest's mockumentaries as Weidner offers up ever more desperate “proof” of his asinine theories.

Room 237's cinematic deep dive into fringe obsessiveness isn't for everyone, however. Ascher's approach is to simply let the oddballs speak for themselves, which limits both its appeal and insight. Instead of an Errol Morris-style inquiry into overzealous fandom, the doc is merely a series of narrated freeze-frames, footage comparisons, and snippets from other films to illustrate (and sometimes take cheap shots at) the theories in play. For cineastes, it's an amusing example of how so many people can extract so many meanings from a single film. For others, it'll be an exercise in tedium.

In the end, Room 237 is an extended riff of the "Paul is dead" variety. For those unfamiliar with Beatles’ mythology, conspiracy nutters once studied the covers of Abbey Road and Sgt. Pepper's Lonely Hearts Club Band, and listened to “Revolution #9” for evidence that Paul McCartney had died in a car crash and had been replaced by a look-alike. For the narrators in Ascher's movie, Tang and cans of baking powder incite a similarly neurotic fever dream of secret meanings. Whether you'll find them entertaining examples of postmodern mania or just a chorus of intolerable bores probably depends upon your own penchant for magical thinking.