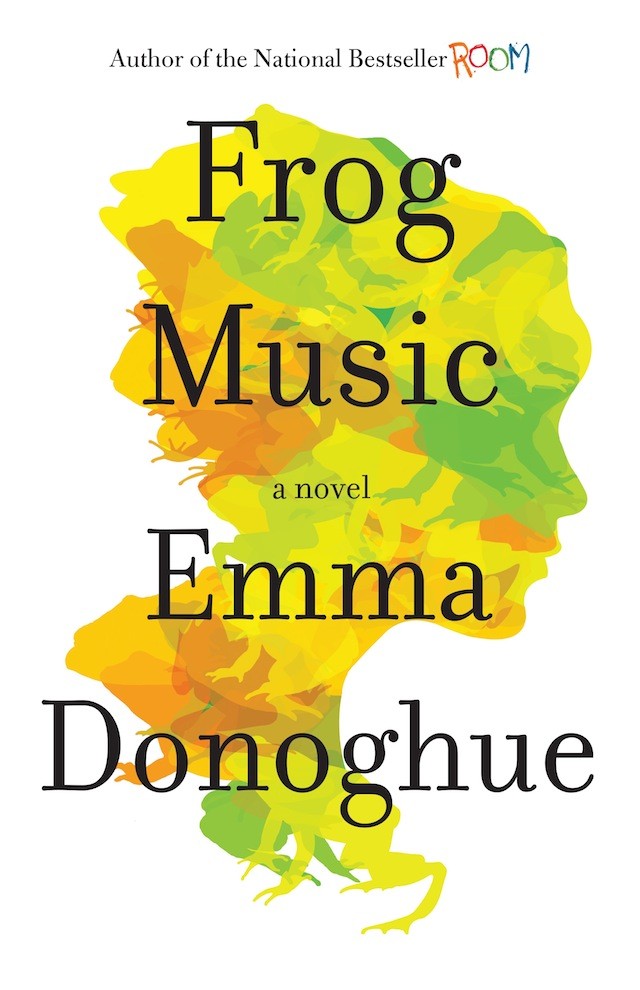 In 1870s San Francisco, in the midst of a debilitating smallpox epidemic and a rancid heat wave, a cross-dressing, frog-hunting, bicycling itinerant singer named Jenny Bonnet is murdered. In Emma Donoghue’s latest novel, Frog Music, Jenny’s new friend Blanche Beunon, a French burlesque dancer, works to find her killer and bring him to justice. Along the way, Blanche must both piece together what little she knows about her friend’s mysterious past and her own shattered present.

Working from actual historic record, Donoghue, who previously hit it big with 2010’s international bestseller Room, masterfully fleshes out San Francisco’s demi-monde of French émigré performers and pimps. Blanche, a former acrobat, arrives in America with her lover and his best friend, a highly tense ménage. The men live off of Blanche’s earnings as a dancer and courtesan, using them for gambling and “investments.” (Luckily, she is smart enough to make a few investments of her own.) Jenny’s sudden appearance in their lives forces Blanche to question her choices, resulting in a dangerous upheaval and possibly costing Jenny her life.

Donoghue’s pacing is exemplary, beginning with the murder itself and then moving from past to future and back again. What lurks in the shadows of Donoghue’s San Francisco is sometimes horrific, sometimes only eerie and occasionally even appealing. Although Blanche knows more than the reader does for much of the work, there are surprises for her as well. Blanche never becomes a caricature of the French coquette. She is smart, witty, vulnerable, practical and hopeful by turns, and the reader falls for her instantly.

Frog Music also makes a case for the return of blatant eroticism to mainstream literature. Blanche Buenon’s world is one of sex and prostitution, Jenny’s one of subverting her gender expectations, and both women have a charged sexuality that simmers like that summer heat wave under the surface of the novel. Donoghue handles graphic sexual scenes deftly, never compromising the frank and lustful point of view of her main character.

History lovers will enjoy the afterword of historic notes almost as much as the novel itself. Donoghue explains that despite the loss of much of San Francisco’s historic records in the Great Earthquake and Fire of 1906, she was able to research an astonishing amount of information about the characters (all of the principles were real contemporaries), activities, music and buildings the characters inhabit. Since Blanche is a performer (and Jenny an adroit mimic), Donoghue uses snatches of song throughout her writing. There is an extensive notes section on the songs as well, although I still personally find this technique distracting (it’s not as if we can hear the music). Otherwise, Frog Music is the perfect highbrow historical murder mystery summer read.