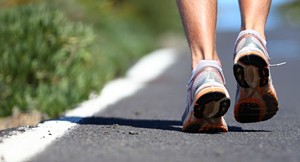 The running boom is well underway in San Antonio, as the city seems to be quite literally dashing from its seemingly perennial moniker as one of the country’s fattest cities. Consequently, the volume of running shops around town has also grown tremendously. It’s certainly a stark contrast to when Roger Soler first opened a running store in 1989. Born in Argentina and raised in Peru, he turned into a speed demon early on, setting the Peruvian 1,500-meter national record and then racing the 5K for Peru at the 1984 Olympics in LA. He moved to SA, coupling his talent with a physical education degree from UTSA to open a running store and promoting fitness. Soler’s Sports now has four locations in SA, offering gear, tips and group training runs.