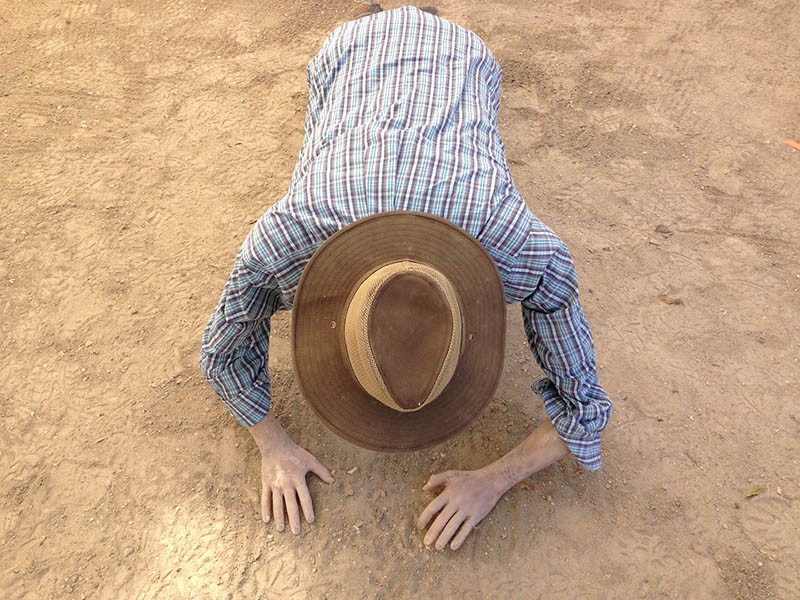 Artist Alejandro Diaz lives in New York City, but his influence can be felt all over his native San Antonio. It seems about every third house I go into here in SA has one of his hilarious neon pieces ("Make Tacos, Not War"), and his former Southtown house, now known as Sala Diaz, is one of the premier cutting-edge alternative spaces in Texas. Diaz created the space because he wanted to create "a living, breathing sculpture, a high-low mix of art and craft. My first show in 1995 was a color field painter who hadn't painted in 25 years," Diaz said in a phone interview last week. "Then I had a neighborhood woman who made giant sunglasses out of paper towel tubes. I wanted to create a space with a universal social and cultural mix." Diaz comes back to San Antonio to install "It Takes A Village," a much-anticipated show opening at the Linda Pace Foundation's SPACE gallery on April 17.

How did you become an artist?

When I was growing up on the West Side, we lived across the street from a bar, and I remember — I was about seven years old — I would draw guys fighting outside the bar. Later, when I was a teenager, my mother's boyfriend was an abstract expressionist painter from Egypt, and he brought me some paints and canvases, and taught me how to paint. He even took some of my paintings and put them in an exhibit in Cairo.

I lucked out, in that I was raised by my mother, who, along with her sisters, was a very progressive, powerful woman. She was a civil rights activist, a feminist, and she and her sisters fought for their rights throughout their lives. And she taught me to do the same.

Yes. It was the artist Michael Tracy, and when I first went to his home in San Ignacio, Texas (population 522), I thought I'd landed on another planet. His entire life was an artwork. I owe him a lot, even though being with him might have also held me back. 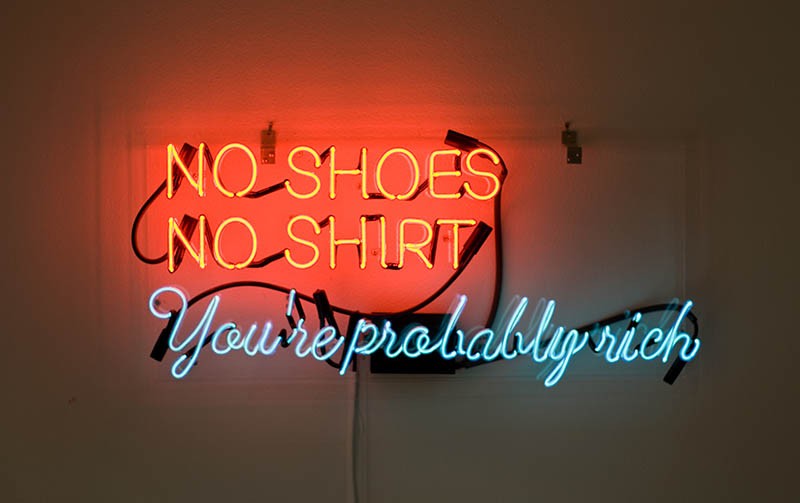 I might have been too impressionable at that young age. I spent 10 years making Michael Tracy art. I think that's a necessary part of being a young artist. I really think you need to copy others' art, and, unless you're Frank Stella, it takes years before you find your own voice. I still make bad John Baldessari imitations.

So then you moved to New York City to get a master's of curatorial studies at Bard.

Yes. I was going to stay for two years. That was 14 years ago.

Was it love at first sight with

No, I didn't like New York. The art world there is complex: There's not one art community, there are many art communities, and they're dictated by such things as age, class, the schools you went to, the part of the country you were from, even your art discipline. After I graduated, I got a job with a nonprofit, and an apartment in the city. The job paid $700 a month, and my rent was $725 a month! This was a breakout moment for me, because it forced me to go out and make artwork.

What did you make?

I started making populist art. I would make humorous signs and small artworks, and go out on the street and sell them to tourists for $2, $3 and $5. I saw them as humorous souvenirs for people to take back home.

What are some examples?

I made a cardboard sign that said, "Mexican Wallpaper." I would dress up as a mariachi with a sign that said, "Available for a speaking roll in a major motion picture." I stood in front of Tiffany's and sold signs that said, "Audrey Hepburn was here." I really enjoyed breaking down the hierarchy of art, and the quick interchange that came from selling directly to the public.

What percentage of your work is identity politics?

A very high percentage, but here's the catch: I want to disarm people with humor, because that makes it possible to engage in civil conversation. I also found that the more culturally specific my artwork is, the more universally people understand it. For example, people all over the world grow plants in tin cans, so they can easily relate to my can pieces.

If you could own one piece of art, what would it be?

I think it would be Jeff Koons' porcelain sculpture of Michael Jackson and Bubbles. I'm not crazy-wild about Jeff Koons, but I love that he used 17th-century craftsmanship to create a culturally loaded, highly decorative icon. It's hilarious — he used white porcelain to make Michael Jackson!

What's in store for us in your upcoming SA exhibit, "It Takes a Village?"

I'll be making some works of art in which I reinterpret iconic styles to address current issues of class and culture. I'll be using Allen Jones-type furniture made by local craftsman (and a relative by marriage) Carlos Cortes. I'll have a tapestry handmade in Guadalajara using the Gobelin style that was popular in France in the 1800s. It looks like something from Mexico in the 1970s. I'm using many different styles and craftspeople, because it really does take a village to get all of these ideas across.

Alejandro Diaz: "It Takes a Village"