SA Conservation Society Op-Ed: NIOSA, the Purpose Beyond the Party 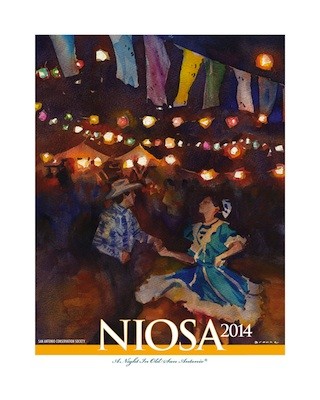 Barb Machado is the fourth vice president of the San Antonio Conservation Society and the chairman of “A Night In Old San Antonio.” She wrote this op-ed on the legacy of NIOSA.

What do a taco and the historic buildings of San Antonio have in common?  Not much, unless the taco is sold at “A Night In Old San Antonio®” (NIOSA®), which in turn fuels the historic preservation efforts and programs of the San Antonio Conservation Society. Think about it. Where would San Antonio be, without the Conservation Society protecting its historic buildings and parks? Here are just some of the treasures that are now taken for granted, but would not exist anymore if not for our Conservation Society leaders using NIOSA proceeds to battle for the landmarks’ existence: And we don’t only save large buildings. Using NIOSA proceeds, the Society has awarded $1.8 million since 1990 for the restoration of historic homes and commercial buildings 50 years or older, and for educational projects relating to historic preservation. To most people, “A Night in Old San Antonio” is simply a favorite Fiesta event. NIOSA attracts more than 85,000 revelers each year by celebrating San Antonio’s diverse cultural heritage through fabulous food and entertainment. But it isn’t until after the last cascarón is cracked, the last tamale sold, and our 10,000 dedicated volunteers go home, tired and sore, that the real work can begin -- it is the proceeds from NIOSA that allow the San Antonio Conservation Society to carry out its mission.