SA Design Maven D’Ette Cole and the Topography of Junk 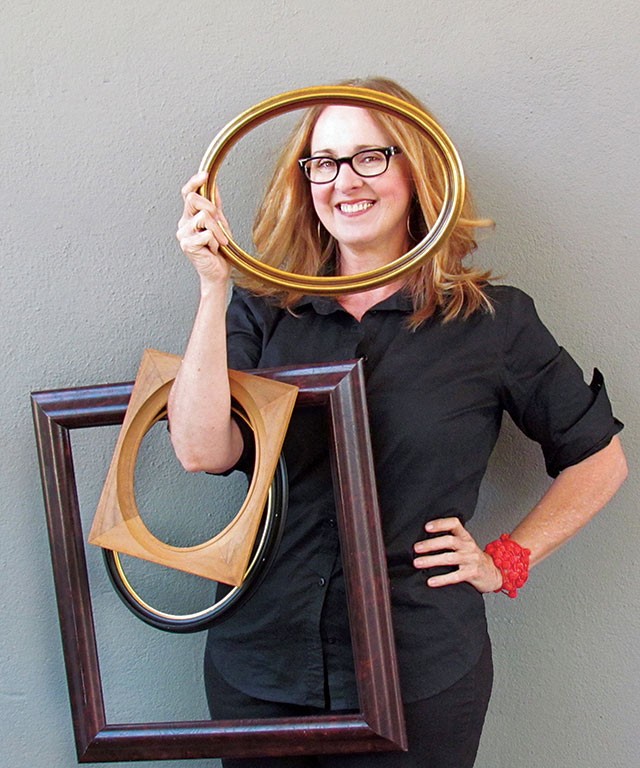 D’Ette Cole has been an artist, interior designer, antiques dealer and even a pie. Simply put, she notices everything, and has built her career on illuminating objects for others to notice. She spearheaded the antique/junk movement, co-founding both Uncommon Objects in Austin and Clutter in Warrenton. She relocated to San Antonio four years ago and acts as in-house designer at Red in Fredericksburg. In December, Cole will open Good Goods in Dignowity Hill, a home decor and design space offering a modern mix of old and new. Until then, her work can be seen at the corner of Casa Blanca and North Alamo, where she led the interior and exterior design of the Casa Blanca Lofts.

How do you get the spaces you design to reflect your clients’ identities and not your own?

There is a lot of psychology I think that goes into being an interior designer, especially when you’re working with someone on their home. … One of my best [projects] that warms my heart is [from] a client in Fredericksburg. … They had lost their [middle] son a couple years ago. … And, she called me in … and she just said, “I feel like my house is kind of dead, like it doesn’t have life, and that we’re all still mourning—and we still miss Quinn, madly, but I just feel like something has got to happen in my house.” And no one had wanted anything to change. … This was a house that had grown. And then it just stopped. And she really felt like she needed to do something to breathe life into it again. … We brought [components from] each one of the kids and made them a part of the big family wall of mementos. … Each one of the kids had shot a deer … so they all had their own mount. And so we did a big reclaimed wood console with the TV and we put their mounts on the wall all around it and behind it. Quinn was a baseball player and we did this trophy cup with all his baseballs in it, and then the daughter’s things, too. But it was cool looking stuff, things that [were] just good design choices. And she loved it. And that made me feel really proud, that I was able to be a little bit of the vehicle to breathe life into their home.

How’d you start doing all this?

I started when I was 11 years old and my mom said, “You can pick out your teenage girl room.” We went to Finger Furniture in Houston and I loved it. … That was the ’70s when everything was yellow, orange, lime green and chrome. In fact, I still have a light that I got for my teenage girl room. It’s a sputnik standing lamp. … Later I went to UT and studied art. … When I got into the antiques business, that was my entry into melding art, antiques and home decor. … We started to recontextualize things. Finding sets of those little metal turners for outdoor faucets—rusty ones, green ones or whatever, and doing a whole installation wall of them thinking, “that would look fantastic over a sofa, or in an entryway.” Or finding a huge old fish trap and thinking “OK, we can illuminate that.” … Because if you can’t show people how [to use it] they’re not going to buy it. I mean, who needs a big old fish trap sitting around collecting dust?

Where do you find the objects you use?

[My grandparents] had lots of antiques from their families so I saw the sentimentality and the history of having something your great grandfather had. … And I have always been super curious by nature. You know, I can find amazing stuff on the ground. It’s there for the picking. But in general, I think that it’s just about a different way of seeing. Not so different. But just seeing.

When I was younger I used to go to antiques shows, and there’d always be that one person who got the million-dollar painting.

It’s like an archaeological dig because … it’s this ever-shifting landscape. Some dealers set up early and go, some come late. So the top gets scraped off, then you’ve got the middle, but then you can still find this gem at the bottom that’s been laying there all week but no one saw it. And “gem” is very eye of the beholder. What I feel as a gem, others may not feel to be very gem-worthy.

But you’re able to turn it into a gem.

I’d like to think so. [September 11th] really changed the business. … From it came a greater appreciation for the handmade or the things that came with personality and not things that were mass-produced. It made people think, “Wow, life is short, let’s appreciate the hidden histories of things.”

I love the paintings you find at flea markets that were painted by someone but then just ended up in a garage—you can almost feel the story behind them.

Exactly. And they’re not perfect by any stretch. Because you’re not just seeing the portrait or the landscape. You’re seeing a piece of that person.

If you could leave just one object inside of a time capsule for the future, what would that one object be?

I think I would leave a rock. I mean, I’m always looking at rocks on the ground, but rocks, they’ve been here forever. Think about how old that piece of earth is. It’s just a timeless thing.

Tell me about the Royer’s.

Bud and Carol Royer … are a Houston family that bought this cafe in Round Top and they made it their own. They’re known for their pies. You get a big piece of pie there with the big lumpy crust. So doing the [Round Top] antique show I would eat there like once a week … I kept saying “you should really add a strawberry rhubarb pie.” And [Bud Royer] said, people don’t have strawberry rhubarb pie here because it’s too hot [and] it won’t grow.” [But] I just thought that would be so good because it’s tart and it’s sweet. So, they added it… And they called it D’Ette’s Strawberry Rhubarb Pie. So I have a pie named after me.

And not everybody can say that.