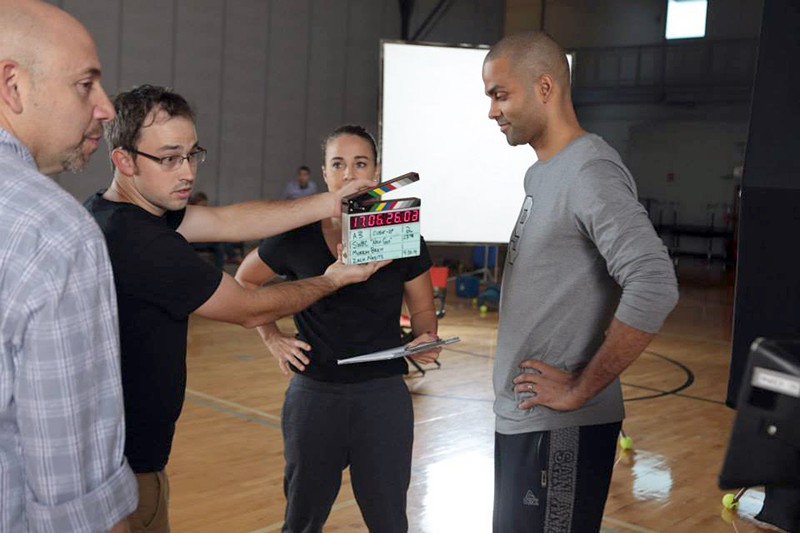 Local film and production professionals are not letting last month's major cuts to the Texas Moving Image Industry Incentive Program slow them down.

State legislators slashed incentives for film, TV and video game production to $32 million starting in 2016, a third of the program's current funding. Some might see the reduction as a death knell for film production in Texas and evidence that the state is not concerned with competing for projects on a national level.

But the San Antonio film industry has decided to take a proactive approach, hoping that local lawmakers can help them write their own ticket and make the Alamo City a viable production hub.

"We're banding together as a production industry and working to bolster what we have here in our own backyard," said Fernando Cano, line producer on the 2014 family drama The One I Wrote for You, which was shot entirely in San Antonio. "Regardless of what happens at the state level, we want to be able to draw in productions independently."

Unwilling to let the state dictate their industry, professionals like Cano and others have designed an ambitious plan that will promote the city as a preferred location to shoot feature films, TV shows and commercials. It's a multi-pronged proposal that includes an enhanced incentives package, new infrastructure, educational and training opportunities, and a shift in city departments.

"When the slash happened, it made us realize how much more important what we we're doing is," said local filmmaker Kerry Valderrama (Sanitarium). "It was a devastating blow, but it showed we have a real need for our movement and what we're trying to do on a local level."

It's an ambitious undertaking and definitely not an easy sell. Their plan begins with a substantial increase in current incentives the city offers for productions. Presently, the Supplemental San Antonio Incentive (SSAI) gives filmmakers a 2.5 percent break in spending. Eligibility includes the production having already been approved for the recently downgraded state incentive, which offers filmmakers incentives on a sliding scale (between 5 and 20 percent) depending on the project's budget.

"I feel what we're doing right now is a call to action," said Chantel Nasits, production manager at SA's GeoMedia, Inc. "We can make change here. We can market our city in the same way as Baton Rouge and New Orleans. We just want a little more help and need to change the mindset."

Along with an increase in local incentives, filmmakers want to encourage more economic development in San Antonio by having the city fund (without raising taxes, noted Cano) more infrastructure.

That would mean more production centers — spaces where professionals can work, create more projects and jobs, as well as train and educate individuals interested in working in the industry so they don't feel they have to leave San Antonio to find better opportunities.

Cano said the group has identified some places in the city — he's not yet ready to name them — where structures could either be repurposed or built from the ground up. He estimated the city would have to invest anywhere from $50,000 to $9 million.

"Some of the locations we have in mind have already been functioning as production-type studios in the past," said Cano. "It would just be a matter of rehabbing them and getting them up to code. But if we wanted something brand new, it would be $9 million. The more activity we have across the city, the better for us."

Local filmmakers' final request to the city might be the most contentious. They would like to see the San Antonio Film Commission plucked from the Department for Culture & Creative Development and moved to the Mayor's Office or the Economic Development Department.

"Something that is critical is for there to be a distinction between cultural arts and the professional production industry," Cano said. "This industry provides thousands of jobs and brings in quite a bit of revenue to the city. We need to be in a department that would facilitate that. Being under the cultural arts umbrella, their goals are different."

Filmmakers are confident their new campaign will reach the ears of city leaders, including the soon-to-come new mayor and lead to serious, productive conversations on how to move forward.

"The state may have cut their budget, but we still have amazing crews and locations within San Antonio," said Valderrama. "We just need to get more leverage here, so we can keep our film industry growing."