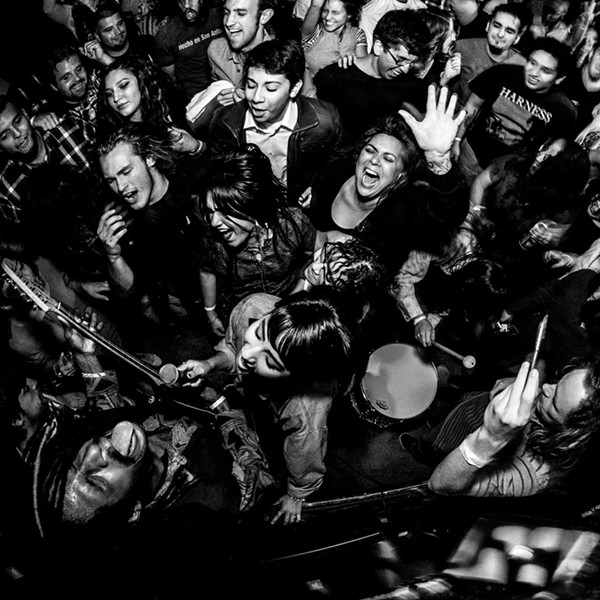 As any diehard blues fan will tell you, there are really two distinct strains of what is arguably the most authentic American music style: the pure blues, from practitioners who follow (more or less) strictly in the footsteps of folks like Robert Johnson, Muddy Waters, and Blind Willie McTell, and then all of the music that, whether reverently or shamelessly, adapts the structures of blues for its own purposes.


The four acts performing at this showcase, hosted at the rustic/hip Bexar Pub, all fall squarely into the latter category, doing their own thing with the progressions and moods of the blues.


Lonely Horse, which our readers will know as the powerhouse duo of Nick Long and Travis Hildebrand (with occasional assists from others), plays a grungy, spindly brand of blues-infused rock that seems to possess the holy gravity, in sound and sometimes in lyrical content, of a peyote vision quest. Often too, Long's lyrics fit the blues template to a "T": no good woman done me wrong, I suffer and my suffering is also my heroism. Lonely Horse's music, especially fierce live, is potent and arresting and utterly satisfying on an almost a primordial level. Check out the band's catalog at lonely-horse.bandcamp.com.


Harvey McLaughlin usually rocks out with his band the Bottomfeeders, playing heavy and frantic garage-punk with a hot rock attitude. With McLaughlin’s side project, Harvey McLaughlin and the Caligulettes, he’s offering up a sound that’s based loosely on some warped piano-cabaret/R&B vision. He told the Current that the newish band’s music is “meant to sound like a demonic Ray Charles.”