SA Sound: The Oblio's live for the fuzz 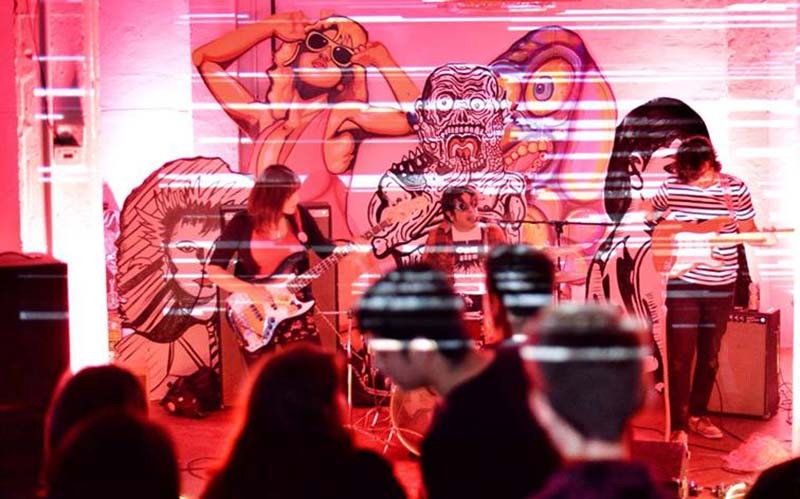 What is an Oblio? "I can't give you a definite answer," says Nick Ivarra, guitarist for The Oblio's. "But I know it's from a Harry Nilsson cartoon skit. The character is called Oblio. Everyone else has a cone head, but he doesn't. Something weird, I haven't seen it yet."

That's about right—a quick YouTube search proves the source as a 1971 hour-long cartoon called "The Point," narrated by classic rock songwriter Harry Nilsson. The dome-headed Oblio is born into a world with a tautological love for triangular objects, shaking up the deltoid culture with his own style.

Similar to their cartoon namesake, The Oblio's cut through the rest with a heavy fuzz tone on their recent split with SA blues punk quartet The Bolos. On The Bolos versus The Oblio's, the band crunches through four tunes of full-bodied rock 'n' roll, with heavy reliance on the fuzz box, a vital pedal that squares out the guitar signal into near oblivion.

"I love the mess it creates," says Ivarra. "It's chaos. Whatever you express in a fuzz pedal, it becomes something different. It becomes distorted and uncontrollable. It's super rad and gnarly and a lot of people can't pull off a really good fuzz tone."