SA to SXSW: I Don't Like Myself When I'm Around You 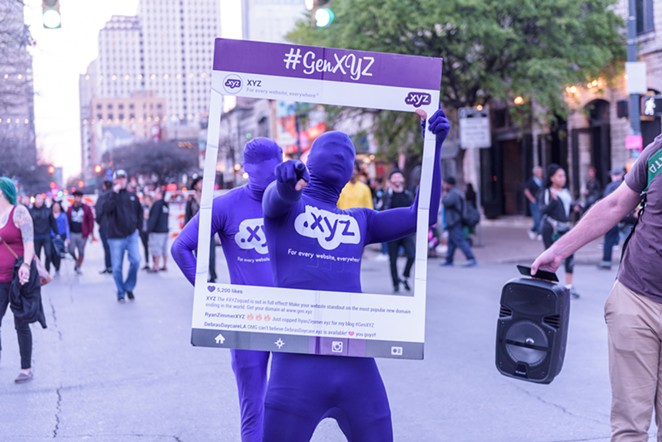 Late March is one of my favorite times. Bluebonnets pop up on the roadside, that fresh spring smell clings to everything, we have Fiesta to look forward to, and South By Southwest is done for another year.

Yes, of course – SXSW is amazing.

If you’re one of the few San Antonians who take vacation time every year to trek up I-35 for the festival, you’ve probably gotten to know Elon Musk, for example. You’ve almost certainly shared a few taco-truck tacos with him. Maybe there was that time you dabbed his forehead with damp paper towels when he was a drunken mess. Elon is good people, but Jesus, if you have to listen to his plan for a red-light district on Mars one more time –

You were probably packed into that club, with a dozen strangers squishing against various parts of your body, when Misha and the Whalebones played for the first time on American soil. Violent Beauregard and the Pistol Whippers’ cover of “Short People” changed how you thought about chord progressions. And, man, Jack White can really play the spoons.

These are great moments with which to run out your life clock.

Of course, experiences like these are utterly foreign to 99.9 percent of San Antonians, but that’s not the downside of SXSW. It is this: to the extent that we pay attention to the festival, it makes some of us jealous, peevish and small. The happening and the attention showered on it aggravate our ever-present inferiority complex.

Those among us who give in to this gloomy, deflating mood are sure Austinites say “spill-over cities” with the same oozing disdain with which coastal elites refer to “fly-over states.”

And this year, there’s an extra twist of the knife – Amazon’s Adopt-A-City program.

The retailer — which is only two or three good acquisitions away from world domination —  announced in January that Austin made its list of 20 finalists in the company’s search for a home for its second U.S. headquarters. Amazon promises to deliver 50,000 jobs in exchange for huge public giveaways.

San Antonio didn’t compete. As you may recall, Mayor Ron Nirenberg and County Judge Nelson Wolff sent Amazon an embarrassing letter in October about how they weren’t down with “blindly giving away the farm” to win the project – though they were confident the city was competitive.

It made San Antonio look weird and defensive to the rest of the country. And besides, most people understood San Antonio would be willing to at least lease the farm to Amazon at a very favorable rate if there was even a tiny chance of landing the project.

But we didn't really have a chance — for a lot of reasons, including the lack of a first-class, or even decent, mass transportation system and a workforce that needed to work on its skills. So it's not the worst thing to have ducked out of the competition. The mayor and county judge just shouldn't have been so awkward and strangely attention-seeking about it.

I suspect San Antonio's inferiority complex was weighing on them.

But we're entering spring, and San Antonians are improving their educational attainment, they're earning more (though every one in five is scraping by under the poverty line), and Nirenberg and city council could be doing something big on transportation in the near future.

These are all reasons for optimism.

So is this: SXSW will be over Saturday.