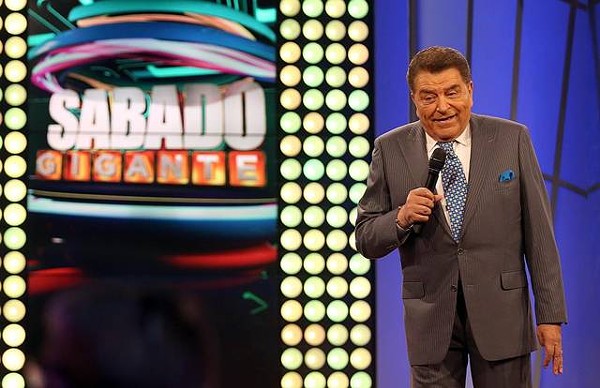 Sábado Gigante will end its 53-year run as the longest running variety program in television history this Saturday, September 19.

For over half a century, tens of millions U.S. and Latin American viewers tuned in each week to watch Don Francisco host the three-hour Univision program. The show features a high-energy mix of music and comedy performances, contests, games, pageants and celebrity guests. At the center of the mayhem is Francisco, a television titan on par with Oprah Winfrey or Johnny Carson. 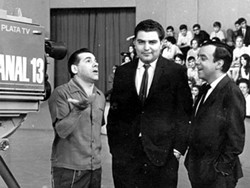 Francisco, whose real name is Mario Kreutzberger — his parents are German-Jewish holocaust survivors — created the show 1962 in his native Chile. The show was first known as Show Dominical and aired on Sundays, before moving to its permanent Saturday home in 1963 where it became a sensation first in Chile then throughout Latin America.

With over 2,800 episodes and fans that span both borders and generations, Sábado Gigante has made an indelible impact on Latin American culture. But the show is not without its critics who accuse the host and the program of being both racist and sexist. One of Sábado Gigante most popular recurring segments is Miss Colita, a "best butt" contest featuring thong-wearing models.

A piece aired on NPR this week acknowledges the show's importance to Latin American culture, but suggests it's time for something new, given how the show objectifies women.

"Like a lot of folks who grew up with it, I have mixed feelings about Sábado Gigante," said commentator Cynthia Leonor Garza. "I actually enjoy it sometimes ... Sábado Gigante connected me, a fifth-generation Texan, to my grandparents and to Spanish-speakers across the Americas. But what might have been acceptable or even funny way back then is now offensive. I'm actually relieved Sábado Gigante is almost over."

Univision announced Sábado Gigante last April. According to Variety, the three-hour timeslot will be filled in Ocotber by a two-hour variety show called Sabadazo and a one-hour Saturday edition of Sal y Pimienta, an entertainment news program.