SAFILM Releases Lineup, Dates for 2020 Festival, Which Will Run from August to December

Who needs one film festival when you can have five?

Like most film festivals across the nation this year, the 26th Annual San Antonio Film Festival (SAFILM) will go exclusively online – but will do so with a slight twist.

Instead of its regular week-long festival, SAFILM will extend its event until the end of 2020 with five mini festivals taking place each month starting in early August.

The first of the mini fests happens August 4-9 through Eventive, a platform that caters to virtual film festivals and screenings.

“To ensure the safety of our audiences and our filmmakers, the San Antonio Film Festival will be 100 percent online for the first time ever,” said Adam Rocha, SAFILM founder and executive director. “The world has changed their entertainment viewing habits, so we are conforming to these new habits.”

This year, SAFILM selected 112 short films, 30 feature films and 14 high school films from around the world, including Japan, Spain, Israel, France and Bulgaria.

In August, actor, director and San Antonio native Kevin Alejandro (TV’s Lucifer) and his co-director wife Leslie will screen their short comedy Adult Night about a married couple whose relationship is tested when they try to spice up their love life by swinging. Leslie Alejandro will also screen her short documentary project She’s Having My Baby on surrogacy during the August mini fest.

“[We’re] so extremely honored to screen our films at this year’s festival,” Kevin Alejandro said. “The fact that they are two completely genre of film shows how diverse SAFILM really is. We look forward to hearing the response for both.” 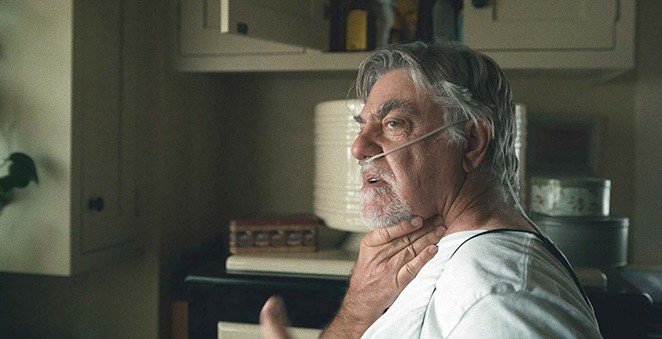 A handful of local filmmakers and San Antonio natives will also screen their projects, including short films by Justin Rodriguez (Glossolalia), Grace Goen (Unseen), Alex Ramirez (The Quiet Shore) and Paulina Rodriguez-Manseau (Mors Bornum); and features from Will Shipley (The Good Wolf) and Alejandro DeHoyos (Passport Preachers), among others.

In the documentary Passport Preachers, DeHoyos follows a group of Christian evangelists who travel around the world to bring the word of God to people in places like the jungles of India and slums of Kenya. This is the fourth time in 16 years DeHoyos has screened a movie at SAFILM.

“It’s an awesome feeling of acceptance as a filmmaker to have an opportunity to screen in my hometown,” DeHoyos said. “The recognition and encouragement I receive from my peers has always replenished my confidence to continue making films and improve my storytelling craft.”

For a rundown of all the films and the entire schedule and to purchase tickets, visit safilm.com.