‘Salinger,’ A Documentary He Would Have Loathed 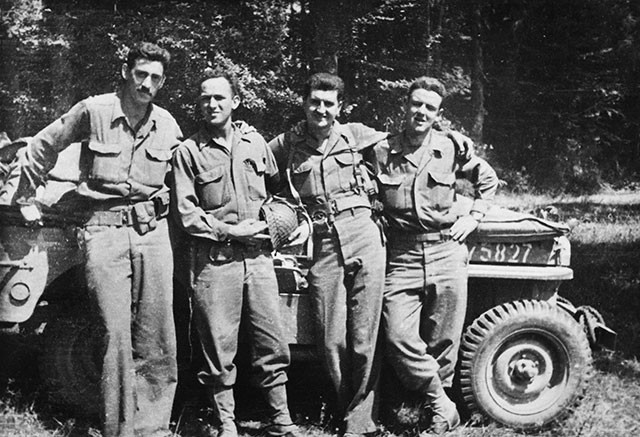 About the nicest thing you could say about this catty, painfully intimate deconstruction of the elusive, outsized genius Jerome David Salinger is that the author himself would have loathed it. The famed writer was pathologically adverse to hero worship, so we could only imagine his reaction to a lengthy tribute/analysis of his life, in which a variety of critics, authors, editors, movie stars and other lesser lights spend two hours with their heads firmly wedged up his backside.

For Salinger, to be of the world was to be corrupted by it, and so, after ceasing to publish new works in 1965, he retreated to the rolling hills and forests of New Hampshire and proceeded to rebuild a universe of his own design. Unfortunately, generations of followers interpreted his seclusion as an invitation to head to those woods and pierce the bubble, occasionally waiting by his driveway for a glimpse and hoping, perhaps, for a few drops of wisdom to escape the great man’s lips. Director Shane Salerno, who spent 10 years compiling data for this film and an accompanying book, was one of those devotees; once staking out the post office where Salinger picked up his mail. This sort of tawdry business passes for insight in Salinger, a documentary which strives to venerate its remote subject and then, seemingly in frustration, just decides to start flinging mud.

We are given a scattershot tour of Salinger’s life: his privileged upbringing, his days as a prep school anarchist, his hellish World War II combat tours, counter-intelligence work, his failed marriages, literary superstardom and early retreat. The horrors the author witnessed in Europe, including the liberation of Dachau, are presented as the explanation for all of Salinger’s disillusionment with society. Again, we can only imagine what Salinger himself would have made of the perhaps partially true but definately glib assessment.

What better way to celebrate a reclusive genius disgusted by fame than by discussing his merits with celebs and academics? Talking heads, some famous, line up to sing Salinger’s praises and try vainly to get inside his well-protected skull. It is amusing to hear bitchy literati authors like Tom Wolfe and Gore Vidal speak to the pitfalls of fame and the writing process, but was anyone really clamoring to hear John Cusack’s thoughts on The Catcher in the Rye? Far more disturbing and tasteless is the extended section devoted to lunatics like John Lennon’s killer, who identified with Holden Caulfield and used the novel’s anti-establishment themes as twisted justification for their crimes.

Among the few real intimates that did speak with Salerno are former girlfriends: Jean Mason, the supposed inspiration for the classic short story “For Esmé with Love and Squalor,” and Joyce Maynard, who lived with Salinger for a time during her college years and has dined out on the relationship since. Weird little details emerge: “Jerry” liked to sprinkle Brewer’s yeast on his popcorn, wore a jumpsuit while writing, and one of his favored seduction techniques was ballroom dancing around his living room with a date to the sounds of The Lawrence Welk Show.

Yes, he was drawn to nubile waifs, not much of a revelation really—liking pretty young girls is not so unusual. What is intriguing is that what Salinger seemed to cherish was youthful innocence, and once they became real women, with adult problems, he lost interest. It is not strange that a creator of fiction would be more entranced by fantasy than reality and, as this ultimately disappointing doc illustrates, he was right to distrust all the phonies.