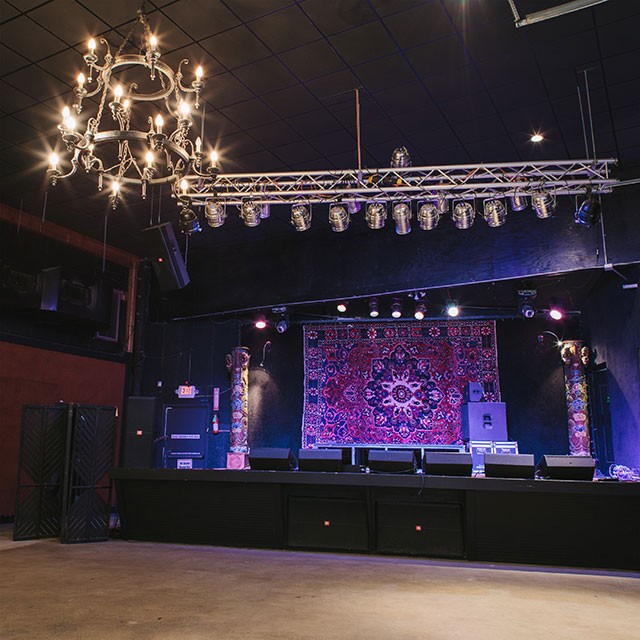 “We just asked,” Use of Time guitarist/singer Mike Valadez told the Current when asked how they were able to get a gig at Sam’s. The power quartet will headline a bill that includes Erica Swan, No Doubt-ish quartet General Avocado (led by singer Jessica Rondón), and alternative band All Sides Equal. Hardly the biggest names on the scene, yet they scored an important gig at a place that doesn’t usually book local non-Americana/Blues bands, especially those without a large following. So what happened?

“We don’t have as much [local] indie rock as we could,” admits Erik Christensen, Sam’s promotions director, show manager, and talent buyer. “But we’re not against local rock. We book a lot of bands, but we have to be smart, just like we are with the national and regional touring acts. We turn a lot of [touring bands] away because we don’t think we can make it work.”

For Christensen, a crowd of 50-60 gives the 550-capacity Sam’s a “good vibe,” but he’s “never satisfied” unless the place sells out, which seldom happens with local indie bands. But the doors were never closed for the locals.

“We’re a blues and rock ’n’ roll club, but it’s about putting on a band that will bring people in,” said Christensen. “Education was a band we loved working with… they’re not playing much anymore. But we’re here.”

At this point, because Sam’s doesn’t have an established walk-up crowd, the venue is not willing to take too many risks with lesser-known local bands, but that may change soon.

“Hopefully with all these [Broadway] apartments coming up we will have that and we’ll be able to help local bands build a following,” said Christensen. “If things happen as I think they will happen, we’ll be doing a lot more residencies with local bands.”

The fact that Use of Time — which will use the show to raise funds to record their second EP — will play at Sam’s for the second time in the last 12 months is proof that the venue is cautious but not unwilling to give local bands a chance.

“We played at Sam’s last year on a weekday and it was great,” said Valadez. “They were very gracious and we loved it there. We want to keep going back there every chance we get and try to get other bands to play there as well.”

A top band like Pop Pistol played six shows at Sam’s since 2010, and they were glad they did.

“Anytime we played there we had a good experience, but we haven’t really approached them for a while,” said Pop Pistol’s George Garza. “They seem to have an Americana niche that seems to work for them. But [Sam’s staff] always seems to be happy to do events, not just have bands play there for the sake of playing.”

Garza hit the nail on the head. The thing about Sam’s is that each show is a special event, but when you’re smart and talented like Little Brave (the alias of Stephanie Macías, also known as Stephanie Briggs), you can turn the place into a freaking trippy theater, like she did for the release party of 2011’s Wound & Will. Most recently, she opened at Sam’s for Aly Tadros’ release party for The Fits.

“Sam’s took a chance booking us, and we had a great show with about 60 people,” said Tadros. “I think it took some convincing that we could bring a crowd, but everyone on staff was a breeze to work with. Nicest sound guy out there, and they even let us store a bunch of gear there overnight since we had to hit the road the next day.”

Both Tadros and Little Brave (former SA and New Braunfels residents, respectively) moved on, Tadros to Brooklyn and Little Brave to Austin. But they tour often, and those early Sam’s gigs were key in their development as performers.

“It’s a big room and I can see why it could be intimidating for certain acts,” said Tadros. “But the sound is amazing and it would be so much fun to pack that place. Hope to get there one day myself.”

“Right now we have holes in September,” said Christensen. “We try to reply to all emails, but we get so many of them that sometimes they fall through the cracks. As I always tell the bands, ‘Don’t ever think you can bug me with an email too much.’”