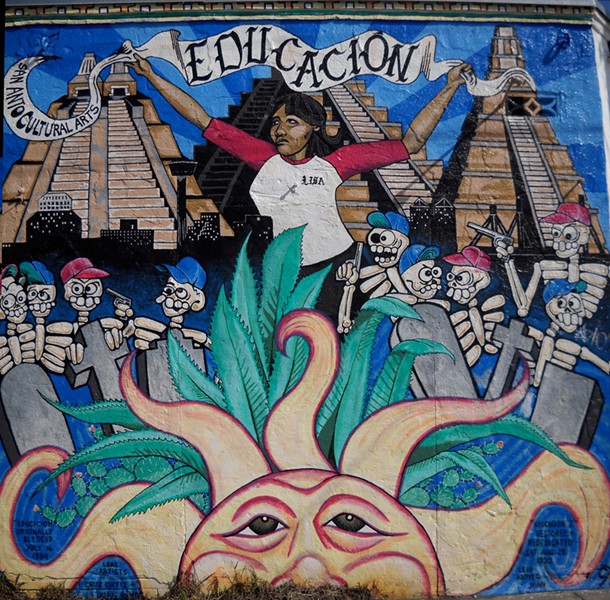 For more than two decades, the community-focused San Anto Cultural Arts impacted the near West Side through public art in an effort to foster community and human development in one of the poorest, least educated areas in the city.

The arts organization, which is housed in what used to be a butcher shop on El Paso Street, is known for colorful murals that can be found throughout the near West Side. However, 2015 will be special for San Anto Cultural Arts as it will dedicate its 50th mural later this year.

San Anto Cultural Arts' new executive director Pablo Miguel Martinez, who took the helm in June, will usher the milestone in. Martinez is the latest in a series of directors to run San Anto after longtime executive director Manny Castillo died in 2009.

He's not Castillo and will never be Castillo, which he readily admits, but Martinez cares about the neighborhood, the arts and the people who live there. Last year, 527 young people and 161 adults took part in San Anto programs.

The San Antonio Current sat down with Martinez last week to talk about the challenges San Anto Cultural Arts faces as a small nonprofit while also closing in on its 50th mural. 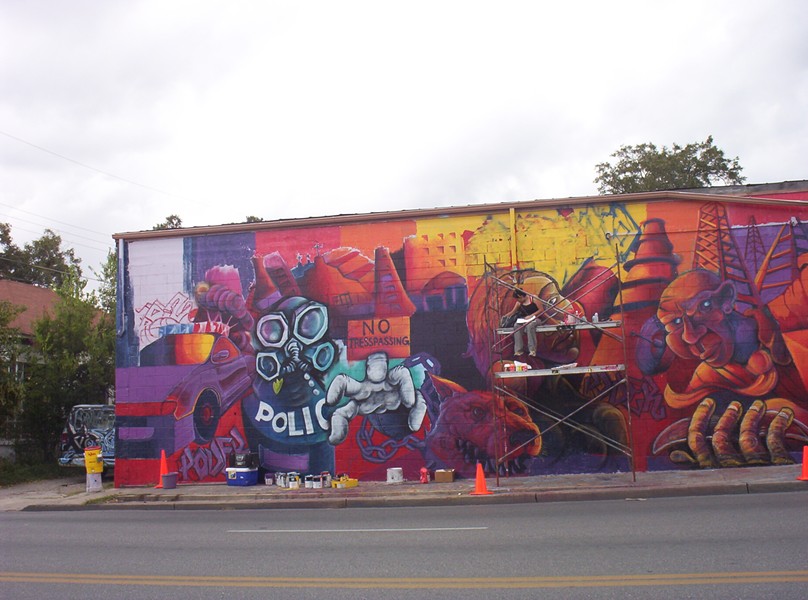 Can you talk about public art in San Antonio, particularly on the West Side?

So, I get very defensive about it, and here's the reason why. I think when you talk about public art in San Antonio, and it's fortunate to be in a city that's supportive, murals are far down on the list. When people talk about public art, they think large scale sculpture and Downtown. And the truth is, San Antonio Cultural Arts is the single largest maker of public art in San Antonio. To date, we have created 49 murals in the near West Side. My theory is, because the people who determine these lists (about public art) rarely make their way to the near West Side, it's not on the radar. It's forgotten about.

What's your reaction to tagging or graffiti?

Do I get upset if one of those murals are tagged? Sure. We don't have any kind of funding to maintain the murals, but there's also no conservation and no restoration [funds for] murals. But here's my feeling about tagging ... So there's an older mural [The "Peace and Remembrance Wall" off South Trinity Street] a few blocks from here that was tagged. Some of it is sophomoric or it's vulgar or about body parts, but sometimes there is something that is making a statement. This one that was tagged recently said "Cops Kill." I like that people were offended. Because if it truly is a form of public art then I think to be offended by that mural being tagged, is you're not treating it as public art. This is part of dialogue with a community. This is a community that is economically impoverished and historically oppressed. I would actually be upset if every mural remained pristine. I love that a work of public art becomes a place for someone to say something. You can't do that other places.

I wish in terms of murals we would look at Philadelphia, which has an amazing mural program that's funded by the city. Los Angeles has a mural conservancy project, which is amazing and really well funded. We don't have that. And the other thing to remember is, we're not the only game in town. There are a lot of organizations that put up murals. We don't own, in any way, the whole mural game in this city. So we do all of this on a really tiny budget. And it's interesting to me that when I look at some of the documents that there are increases for other agencies, but for some reason, San Anto comes out dead last. So my job has been to find out why that has been the case.

Can you talk about El Placazo?

I hear all the time, go digital. Well, the digital divide runs right down this neighborhood. The teen pregnancy rate is two to three times the national average in this census tract. So it presents a challenge. The opportunity is, in small part, we get to be a voice for people who are voiceless. So that gets back to the issue, I love the tagging. That's your voice and that's what is on you mind right now. I love that.