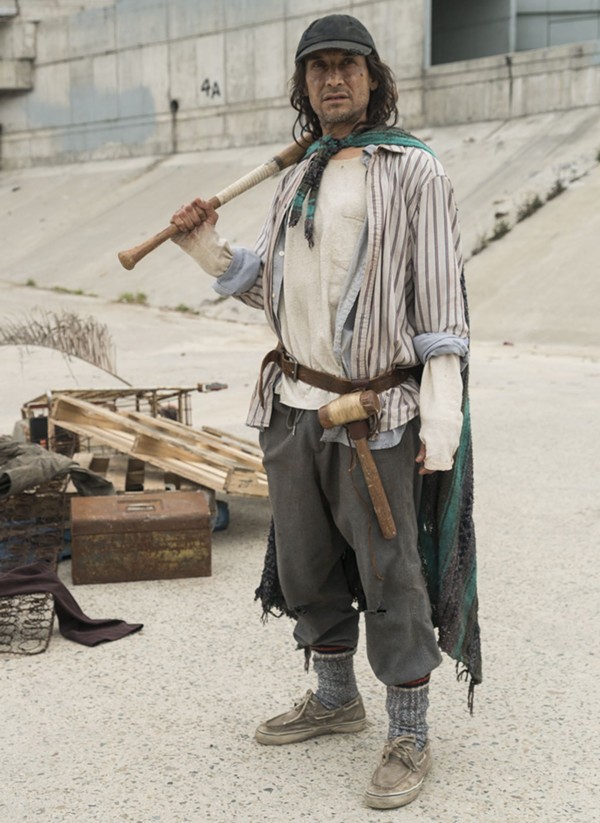 Actor and San Antonio native Jesse Borrego (Blood In, Blood Out) considers himself an “old dog” in the movie industry. But that doesn’t mean he’s unaware of the changes happening in Hollywood, even before the pandemic upended everything almost a year ago.

“[The pandemic] changed society and the way we live our lives and our careers,” Borrego told the Current during an interview earlier this month. “As actors, some people are stuck in the old model and going to auditions, while these little kids and gamers are becoming YouTube stars. You can’t old-dog it anymore.”

Borrego says he’s keeping a positive outlook as more movies and TV shows get back into production under strict COVID-19 restrictions and studios continue to tinker with release schedules. Whatever happens in 2021, Borrego believes Hollywood is never going to function the same way again — and that’s OK with him.

Has anything positive happened in the industry since the pandemic began?

It’s been a double-edged sword. Like many other industries, everything got shut down. We did see the ability for independent projects to come out into the world and compete with the big film narratives. It proved that there is still a glimmer of hope for independent films and that they could compete with the big boys in this new technological landscape.

As an actor, are you ready for things to get back to normal?

Not really, because my personal career has been about being an outsider anyway. When I moved to San Antonio in 2012, I was already auditioning through the internet. It was something I was already doing and enjoying. The stress of going to an audition was relieved. I like it a lot better because I have more control. Instead of me walking into a room and turning it on for them, now I feel like I can show them what I need to. That freed me up to do a lot of good stuff.

What do you think about a major studio like Warner Bros. deciding to release their movies this year at theaters and on HBO Max simultaneously?

The cat is out of the bag. First, they went from a three-month window to a three-week window, which was already killing the theaters. It’s going to be really interesting to see how the old model tries to survive, but you can’t stop the fact that it’s all in the digital world now. It’s all a la carte.

Will the way we watch movies fundamentally change after this?

Oh, yeah. This is the new disruption of society by technology, and we’re utilizing it. Now, we need to find out how to tell these narratives in new ways.

Some people would argue that the old way is fine, and that King Kong vs. Godzilla should be seen on the big screen, not a cell phone.

The reality is that people are already doing it. You see these kids watching stuff on their smartphones. I try to do that and I’m like, “Man, that’s too small for me!”

How are you supposed to watch Con Air on your smartphone, right?

Exactly! But they love it. I think the new generation is going to buy into the miniaturization of everything. The technology is gonna be such that small information can be blown up to a big screen anytime you want. These home theaters are so immersive, you feel like you’re at a movie theater. Now, what about the social construct of getting together and sharing movies? I don’t see how that could disappear because it’s such a fun thing. But we’re not gonna see those big multiplexes anymore. I don’t see anybody investing money in that.

Anytime during the pandemic, have you thought, “Uh oh. Fear the Walking Dead”?

What’s your take on the Screen Actors Guild thinking about kicking Donald Trump out of the union? (Note: This interview was conducted before Trump ultimately resigned from the organization on February 3).

It’s good to see that the union is standing up for something. But why did they wait so long? Dude, I would’ve thrown him out four years ago!