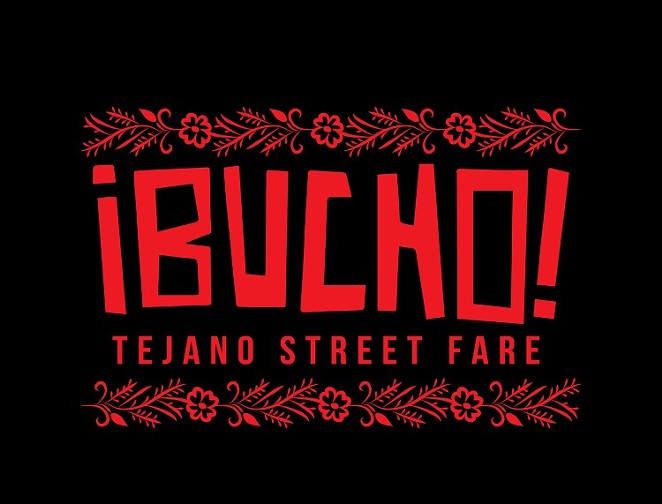 This story has been updated with a statement from Cruz Ortiz's lawyer and also from ¡BUCHO! co-owner Gino Vidal.

San Antonio artist Cruz Ortiz, whose work has been seen everywhere from Absolut Vodka bottles to presidential hopeful Julián Castro's 2020 campaign merch, has sent a cease and desist letter to Tejano pop-up restaurant ¡Bucho!, alleging that its logo infringes on his art style.

According to correspondence provided to the Current, a representative of Ortiz initially emailed Durden Food Group — the four-person team behind ¡Bucho! — raising concerns about the design similarity in late July. Regina Morales, who created the restaurant logo, was forwarded the email and responded that her work was influenced by the Chicano Movement of the '60s and '70s – from which Ortiz also draws inspiration. She attached several images for reference. 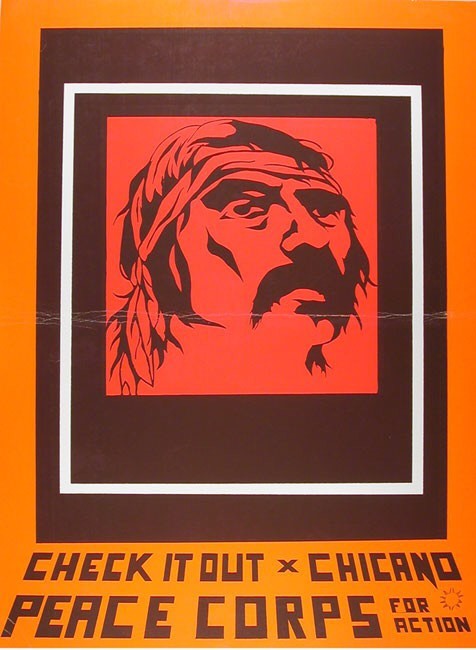 Ortiz was unavailable for immediate comment for this article, but his lawyer John Bustamante provided the following statement:

“Cruz Ortiz Art takes Cruz’s art and his intellectual property seriously. Cruz Ortiz Art and its related entities have successfully enforced these property rights against a number of infringers, large and small. In this case, Cruz Ortiz Art attempted to resolve the infringement amicably outside of the court system on two occasions, i.e. for the Durden Food Group to stop using the infringing logo. Cruz Ortiz Art will continue to enforce its rights, but will do so under the law, not on social media or in the press.”

In the letter, Ortiz asked for damages under the Texas Business and Commerce Code § 17.46(b)(2) and 17.46(b)(3) for "causing confusion or misunderstanding as to the source, sponsorship, approval, or certification of goods or services" and "causing confusion or misunderstanding as to affiliation, connection, or association with, or certification by, another."

In addition to ceasing use of the logo, Ortiz demanded $20,000 in economic damages plus $350 in legal fees.

But ¡BUCHO! co-owner Gino Vidal said his group never intended to confuse anyone.

"When commissioning Regina Morales to make the logo for '¡BUCHO! Tejano Street Fare' we had no intention other than to represent our cuisine and the Tejano/Chicano culture in San Antonio," he said in an email to the Current.

Vidal states that Ortiz claimed to own the rights to the Chicano art form, and that when the Durden Food Group and Morales tried to explain that the inspiration was from the Chicano art movement posters from the '60s and '70s, Ortiz's lawyer Bustamante rejected their assertion.

"We at ¡BUCHO! believe that making this claim to the Chicano art form is not only arrogant but insulting to the Chicano culture," Vidal continues, "especially because this art form existed before the birth of Mr. Ortiz. In order to ensure that there would be no further confusion we contacted our artist Regina Morales and had her watermark her work. We at ¡BUCHO! hope that Mr. Ortiz can see we are all on the same team in trying to hold strong and represent the Tejano/Chicano pride and movement here in San Antonio."

"I was credited for this logo from the start," Morales told the Current. "I could understand if I literally traced a word from his poster and used it as a logo, but that is not the case."

Morales said the Durden Food Group doesn't have the means to pay the demanded damages, which exceed more than it can earn in a year.

"Cruz presents himself as someone for the 'raza' and 'te amo la gente,' but here he is stepping on small people for his personal gain," she added.