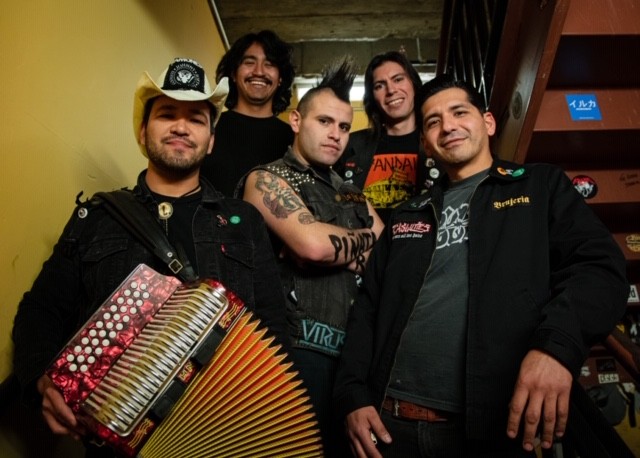 On Thursday, the San Antonio-based group will perform its song "Vato Perron" in Austin for inclusion in an upcoming episode of the Discovery Channel series.

Monster Garage, which had a successful 2002-2006 run, centers around celebrity gearhead Jesse James and friends transforming regular vehicles into "monster machines." And occasionally, a little live music gets thrown in for good measure.

"We've been on TV shows before, but this one definitely has the biggest reach," said Alvaro Del Norte, the band's singer and accordionist. "It's watched all over the world, from what I understand."

The episode is part of a relaunch for the program and will feature James and other experts building a custom ride that can exceed 200 miles per hour. It's unclear when the installment will air, however, since the pandemic has thrown a wrench into the show's schedule.

The resurrection comes ten or so years after James' image took a public pummeling — including from ex-wife Sandra Bullock — over a photo he took giving a Nazi salute while wearing an SS officer's hat.

Monster Garage producer James Barcenas said the inclusion of Piñata Protest in the new season came at the behest of James himself. After Baracenas showed him an Instagram clip of the band, the host said he was familiar with their work and thought they'd make an ideal fit.

"Jesse loved their energy," he said. "He felt they were very Monster Garage-esque."