San Antonio-based company will pay out $420,000 over alleged harassment of Black employees 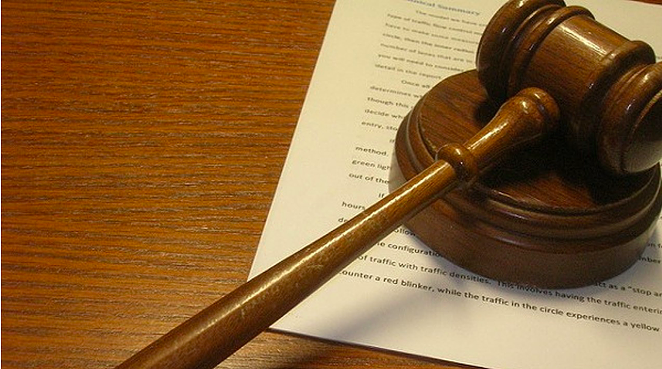 San Antonio construction firm CCC Group Inc. will pay $420,000 to settle a lawsuit accusing it of creating a work environment "rife with racist comments and discriminatory work conditions," according to federal regulators.

The U.S. Equal Employment Opportunity Commission announced the settlement Tuesday, adding that CCC Group also agreed to other forms of relief including company-wide training on racial discrimination. The incidents alleged by the agency took place in 2016.

“The allegations of racial harassment in this case were especially vicious,” said Jeffrey Burstein, regional attorney for the EEOC’s New York District Office, in a written statement. “We are pleased that CCC Group has agreed to take steps to make its workplaces safer and more respectful, including by conducting training and appointing a senior manager who will focus on ensuring that CCC Group complies with the decree and with federal law.”

In a statement emailed to the Current, CCC Group officials said the company has a zero-tolerance policy for any form of discrimination, adding that since a 2018 leadership change, the business has renewed its commitment to maintaining a respectful work environment.

The statement by CCC Group CEO and President Joe Garza also said the company hasn't faced any racial harassment charges in the five years since the alleged incidents. Garza added that he was "disappointed" the EEOC announcement included "disputed allegations that are not part of the consent decree" the company signed.

In its announcement, the EEOC alleges that white supervisors at a CCC Group construction site in Ravena, N.Y. regularly made racist comments to Black employees, including over a company radio channel.

The EEOC complaint charges that a white supervisor tried to snare an employee with a noose, while another white supervisor told a Black worker that for Halloween, “You don’t even have to dress up. I will dress in white and put a noose around your neck and we’ll walk down the street together.”

What's more, the agency's complaint said that a white employee bragged that his ancestors had owned slaves and another told a Black employee he walked funny because slaves used to carry bags on their shoulders when picking cotton.

The EEOC's three-year consent decree provides $225,000 in monetary damages for the Black former employee whom the agency alleges was threatened with a noose, according to the agency's statement. Under the decree, CCC Group will also divide $195,000 among six other Black employees whom the feds say were subjected to racial harassment, the EEOC added.

As part of the agreement, CCC Group must provide training to educate employees and managers on discrimination issues, conduct a “lessons learned” presentation for all business unit managers, the EEOC also said. Additionally, the company must appoint a manager to oversee that it complies with racial discrimination laws, according to its news release.

Further, the EEOC said the decree bars the construction firm from rehiring or contracting with two white supervisors who served as foremen on the Ravena worksite and whom the agency alleged engaged in harassment of Black employees.

"While we accepted responsibility for matters set forth in the consent decree, it is frustrating that the EEOC felt it necessary to paint such an inaccurate picture of a company that has achieved so much positive change over the past five years and worked in good faith to bring a resolution to this matter," Garza said in CCC Group's statement.