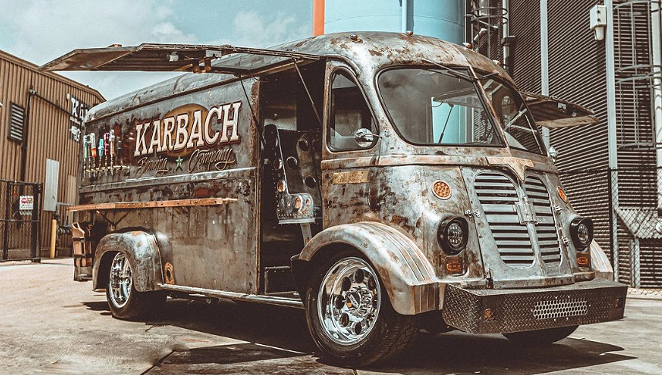 The new draft truck features exterior keg taps, automatic gull-wing doors and a generator that enables it to charge while in use or at the brewery, MySA reports. The keg-on-wheels resides at the Karbach Brewing facility in Houston, but the brewery plans to deploy it to events all across the Lone Star State this summer. 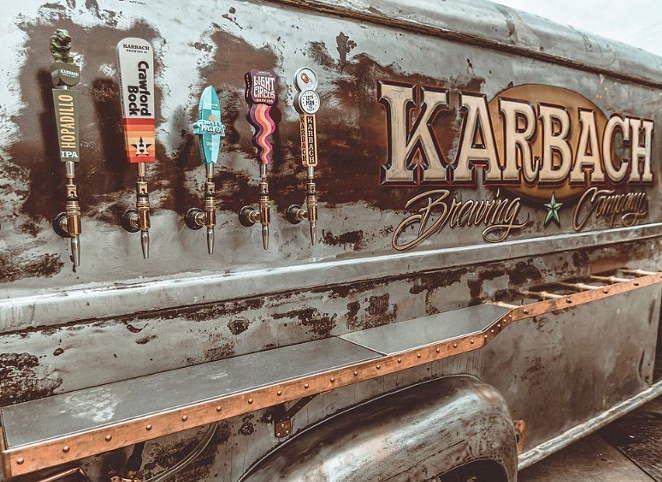 In an email to the news site, Cruising Kitchens cited vintage "rat rods" as inspiration for the vehicle, which combines a 1950s international van with the base of a 2000 Ford F150 truck. Since rat rods typically boast deliberately worn-down, unfinished appearances, the team added a wide array of other metals, materials and treatments to complete the look.

Karbach followers have been asking the brewery via social media about possibilities to rent the mobile kegerator. Unfortunately for beer fans, the custom ride isn’t available for lease.