San Antonio-based Pabst Brewing is marketing a 1,776-pack of beer, 'because 1,777 seemed excessive' 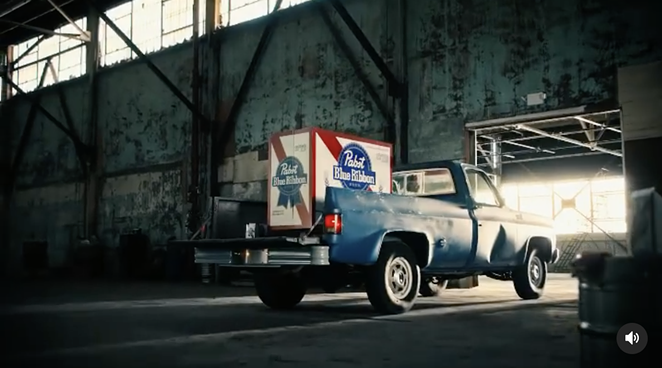 When it comes to the Fourth of July holiday, San Antonio-based Pabst Brewing Co. has decided it's either go big or go home.

In honor of the nation's 245th birthday, Pabst has introduced a 1,776-pack of its flagship brew, Pabst Blue Ribbon. The number of cans, you've likely surmised, represents the year in which the United States was founded.

“We figured the best way to honor the year America claimed its independence was to make a box that held that many beers: 1,776,” said Nick Reely, marketing vice president for the Pabst Blue Ribbon brand, in a news release. “It’s the least we could do. I mean, beyond making our beer can red and white and blue. Actually 1,776 is the most we could do, because 1,777 seemed excessive.”

Pabst didn't reveal the dimensions of the plus-sized beer package, but based on photos of it taking up the entire bed of a pickup truck, it's probably not a good fit for most folks' refrigerators.

Sadly for those who live to buy their essentials in bulk, only four of the 1,776-packs are being produced as part of the brewer's summer-long marketing scheme.

Each of the four will be producing PBR-centric content through Labor Day. Because, apparently, paying off 1,776 cans of beer ain't cheap.