San Antonio-based Whataburger lands on lists of most- and least-caloric burgers in the U.S. 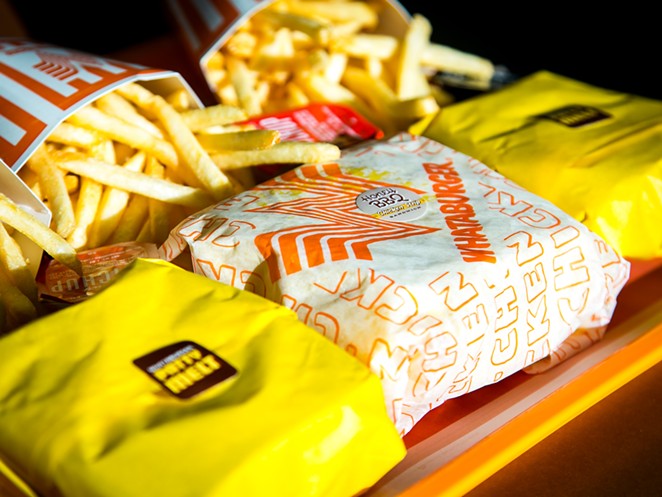 It’s safe to say most folks aren't counting calories when they order a juicy burger.

Even so, the food sensitivity specialists at YorkTest compared nutritional information for hundreds of burgers offered by U.S. fast food chains in honor of National Cheeseburger Day, which takes place Saturday.

Turns out, San Antonio-based Whataburger had offerings that landed on the study's Top 20 lists for both the most- and least-caloric burgers. Who knew our options were so varied?

On the waistline-expanding side, Whataburger’s Mushroom Swiss Burger ranked as the seventh most calorific burger in the U.S., weighing in at 1,110 calories. The cheesy, pork-laden indulgence topping that list was Burger King's Bacon King, whose whopping 2,102 calories is sufficient to fuel many adults for an entire day, according to Institute of Medicine Dietary Reference Intakes data.

On the skinny side, San Antonio chain’s Whataburger Jr. is the fourth least calorific burger with a relatively lean 310 calories. Topping that list is a standard Burger King burger, which has just 241 calories — roughly a tenth of its waistline-expanding Bacon King.

To reveal which burgers are the highest and lowest in calories, YorkTest used nutritional data from the restaurants' online U.S. menus, not taking into account any extra add-ons or items being removed.