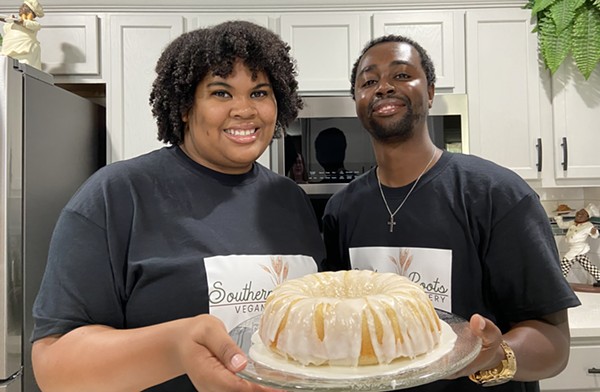 The Alamo City's Southern Roots Vegan Bakery has experienced an “unexpectedly jaw-dropping influx of orders” since being highlighted on recent lists of Black-owned businesses, according to its owners.

In a July 7 Instagram post, the plant-based bakery requested customers be patient since its owners, the husband and wife team Marcus and Cara Pitts, produce each item from scratch and ship them the same day they're baked.

Last month, the Current and other media outlets included Southern Roots on lists of Black-owned businesses published to support the Black Lives Matter movement. As a result of the exposure, the couple received a thousand orders the first week of June and are in the process of hiring staff to handle the rush of requests.

“We were denied benefits as a small business, so all of the recent attention has been a blessing in disguise,” Marcus Pitts said in a press release. “As a black-owned business, our focus is on perseverance and consistency. We have to keep going no matter what, because life comes at you fast."