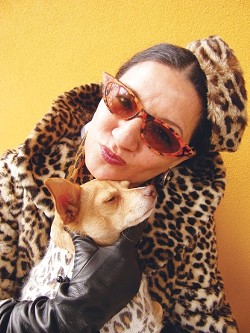 Read: Sandra Cisneros's Defenders and Detractors Debate What the Celebrated Author has Meant to San Antonio

Accept the fact that water scarcity will be a topic of increasing relevance for your remaining years in Texas. Last year we spoke with former Trinity professor Char Miller when he visited the book fest, and if he can’t persuade you to pay attention, no one can.

We found The Border is Burning, the first collection by SA’s Ito Romo to be “evocative vignettes of characters on the brink of alienation, addiction, desperation and loss.”