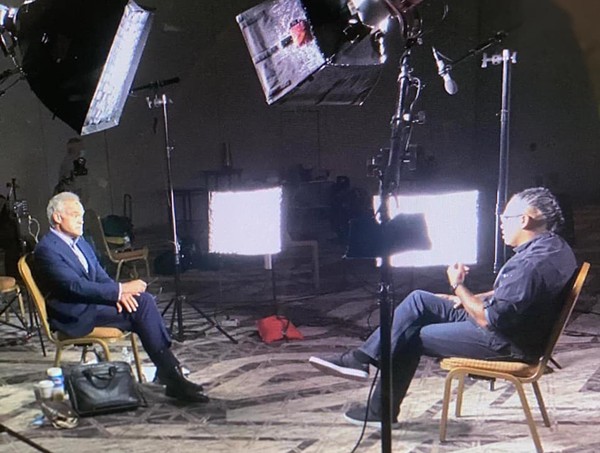 Elizabeth Johnson, chef-owner of Pharm Table, told the long-running CBS News program she hopes the state can avoid another outbreak, which could trigger another shutdown. Johnson relies on the Payroll Protection Program to pay her employees and money from charities that pay her to feed hungry San Antonians.

“[I’m] working harder than I've ever worked in my entire life, earning a fraction of what we're used to earning. And waking up in the middle of the night, trying to figure out how we're gonna keep the boat floating,” Johnson said.

Chef Geronimo Lopez, owner of Botika at the Pearl, reopened at 50% capacity with new health, safety and sanitation policies. He told 60 Minutes the state's reopening plan came too early — as evidenced a steady increase in COVID-19 cases. However, he said his love of food pushed him to find a way to reopen as safely as possible.

Nirenberg said the city is putting the advice of public health officials front and center as it reopens, carefully monitoring data such as hospitalizations, severity of reported cases and hospital capacity. The story also touched on the city's aggressive efforts to combat the spread of the virus by mandating the use of masks with the penalty of a fine.

The story also delved into the city's conflict with Republican state officials over its rules to safeguard citizens from the spread.

Because Nirenberg included houses of worship in his ban on gatherings of more than 10 people, the Texas Attorney General's office sent the mayor a letter warning that the city rules were too strict. The AG accused local officials of "trampling religious freedom."

“We have had a groundswell of support within our faith congregations that have allowed us to begin to open,” Nirenberg told 60 Minutes. “The attorney general's letter was simply trying to score cheap political points, which he has been doing his entire career.”